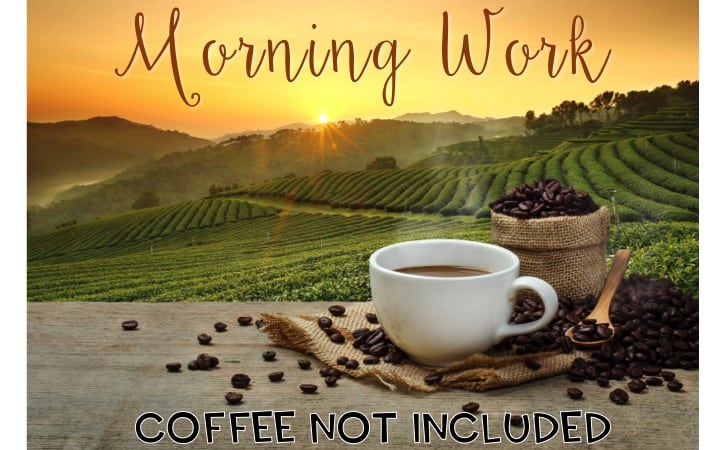 Morning work plays a crucial role in my classroom instruction and routines. It’s what I use for a daily spiral review in math and language arts, and since I’ve been implementing my morning work routine, I’ve seen a significant improvement in students’ overall retention of skills and that has reflected in their test scores.  I teach at a school where students trickle in the classroom from 7:20-7:45, so I usually have a lot of students at school almost 30 minutes before our tardy bell rings.  I’ve done all types of things for morning work:  DOL, Accelerated Math, Mountain Language, Mountain Math, independent reading, creative writing….you name it.  I’ve now consolidated my morning work into three essential components. 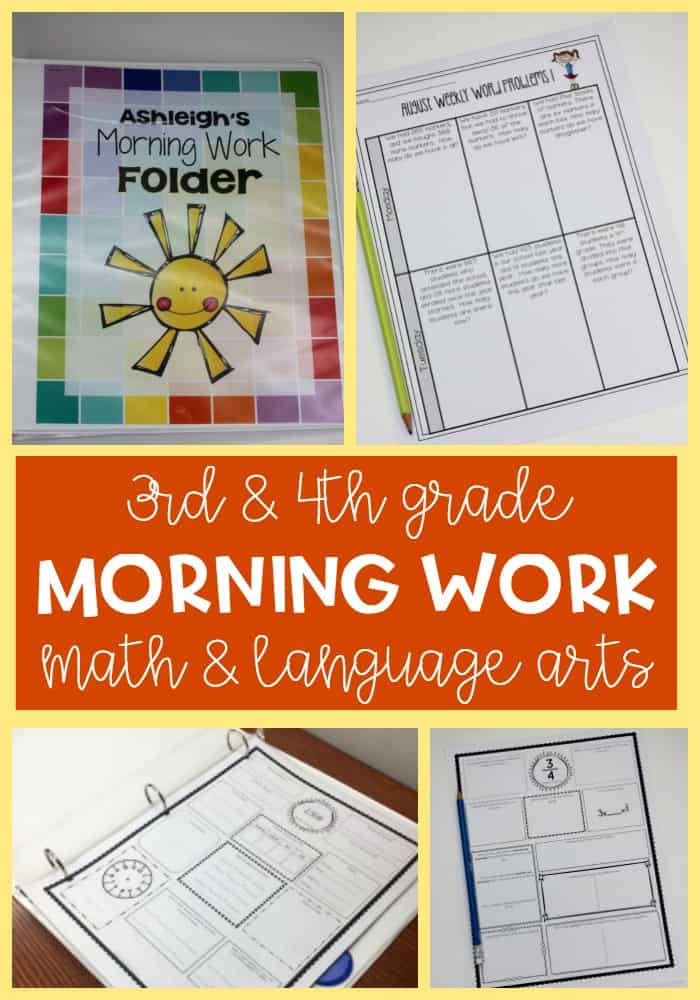 All of my students’ morning work will be kept in their Morning Work Binder.  That’s not the most creative name for a folder is it?  In this folder, my students will have their Weekly Word Problems, Number of the Day, and Language Arts Morning Work.  These assignments will be the very first thing my students do when they walk in the classroom each day. The assignments are short enough that even students who arrive right when the bell rings will have time to finish their work before we go over it together in class. 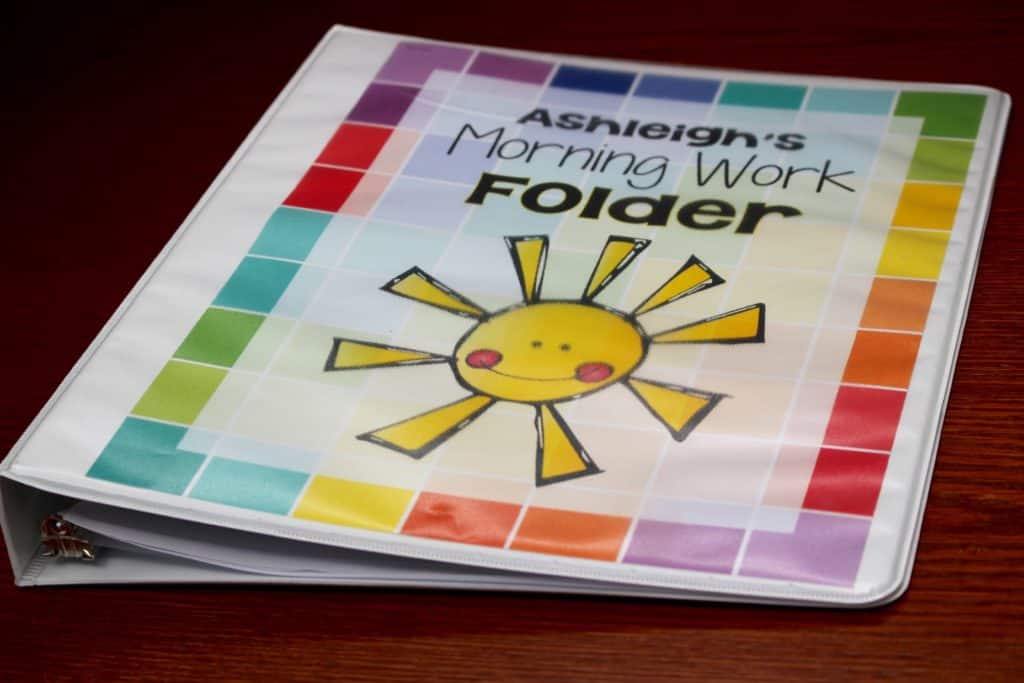 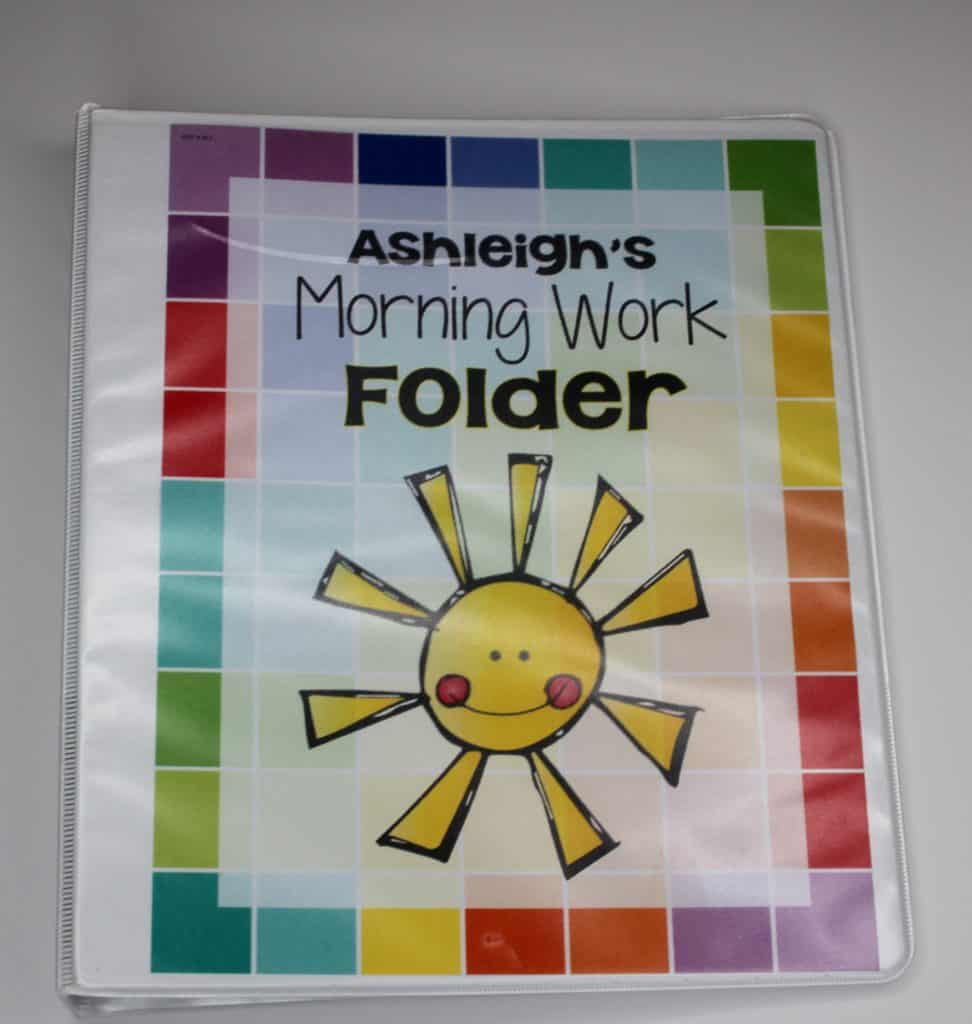 The first assignment in students’ morning work folders are their  Weekly Word Problems . These word problems are a GAME CHANGER when it comes to solving word problems! I absolutely do not believe I could teach without them!  They really made a significant difference in my students’ word problem solving skills, and by the end of the year word problems are a breeze. Students independently complete three word problems everyday, they write their own word problem on Friday. We go over the word together as a whole group and students correct what they miss.  I have my students show their work with a number sentence and circle key words in the word problems.  The 3rd grade version of the August-October Weekly Word problems only have addition and subtraction problems, and then I slowly begin adding multiplication problems in November and December. Then in January through the rest of the year, students solve addition, subtraction, multiplication, and division problems. When I moved from third grade to fourth grade, these were one of the first things I created for fourth grade. In the 4th grade version the numbers are larger to reflect the fourth grade standards. This allows students to not only practice word problems but to practice multiplication and division of larger numbers. 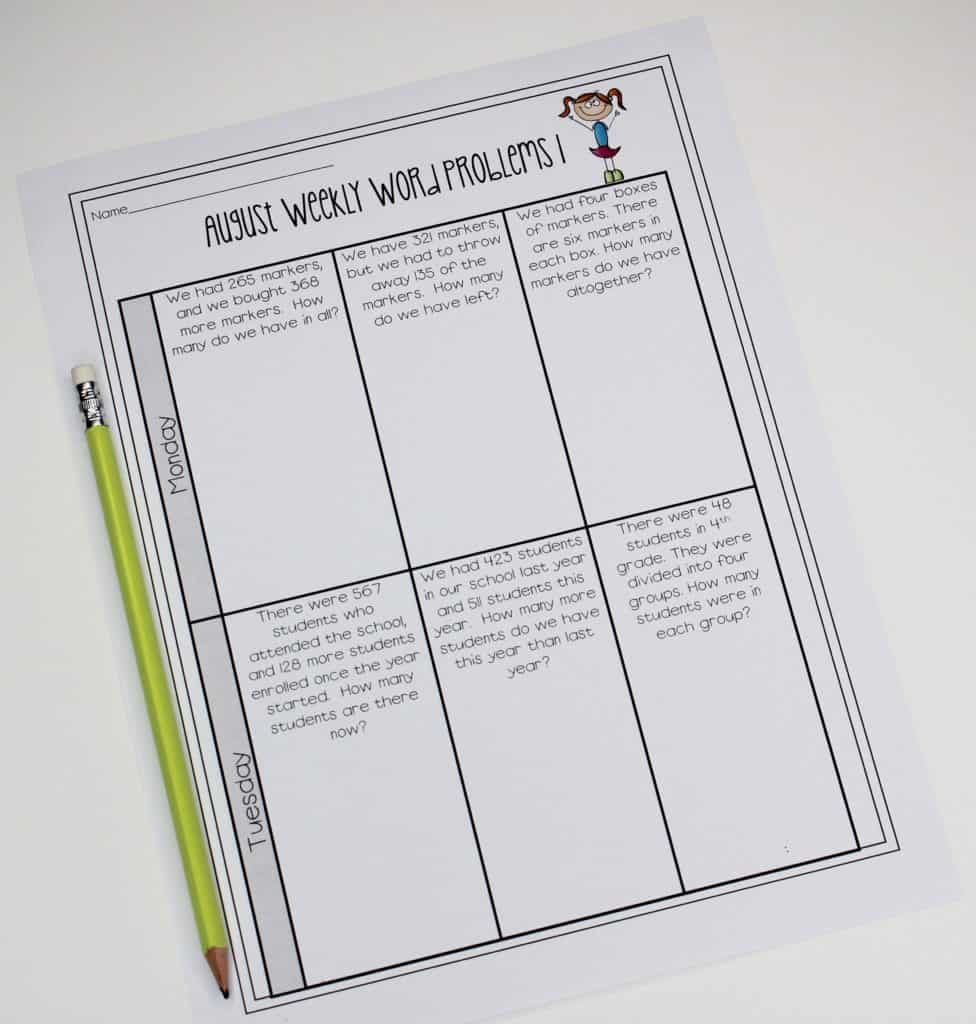 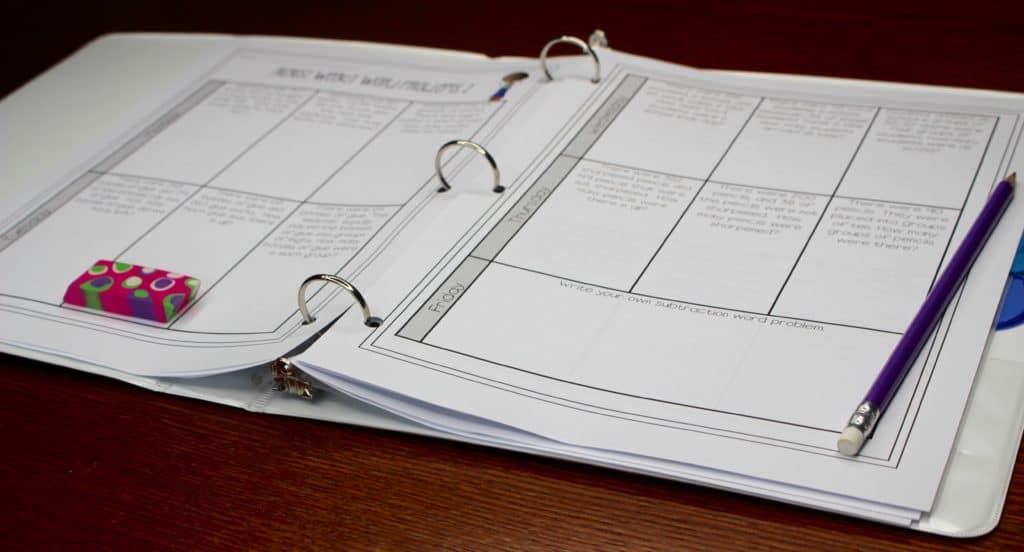 The second portion of students’ morning work is the Number of the Day, which I also love because of the repetition of skills practice.  I now have six different versions of this activity, because I know third graders won’t be ready for all of the skills practiced in this task until later in the year, so they needed multiple versions as they progressed through their math curriculum.  I also make extra versions when I moved to fourth grade, because fourth grade standards are quite different from third grade standards. To help save on time and paper, I often have my students complete the top half one day and the bottom half the next day, rather than completing the whole assignment in one day. 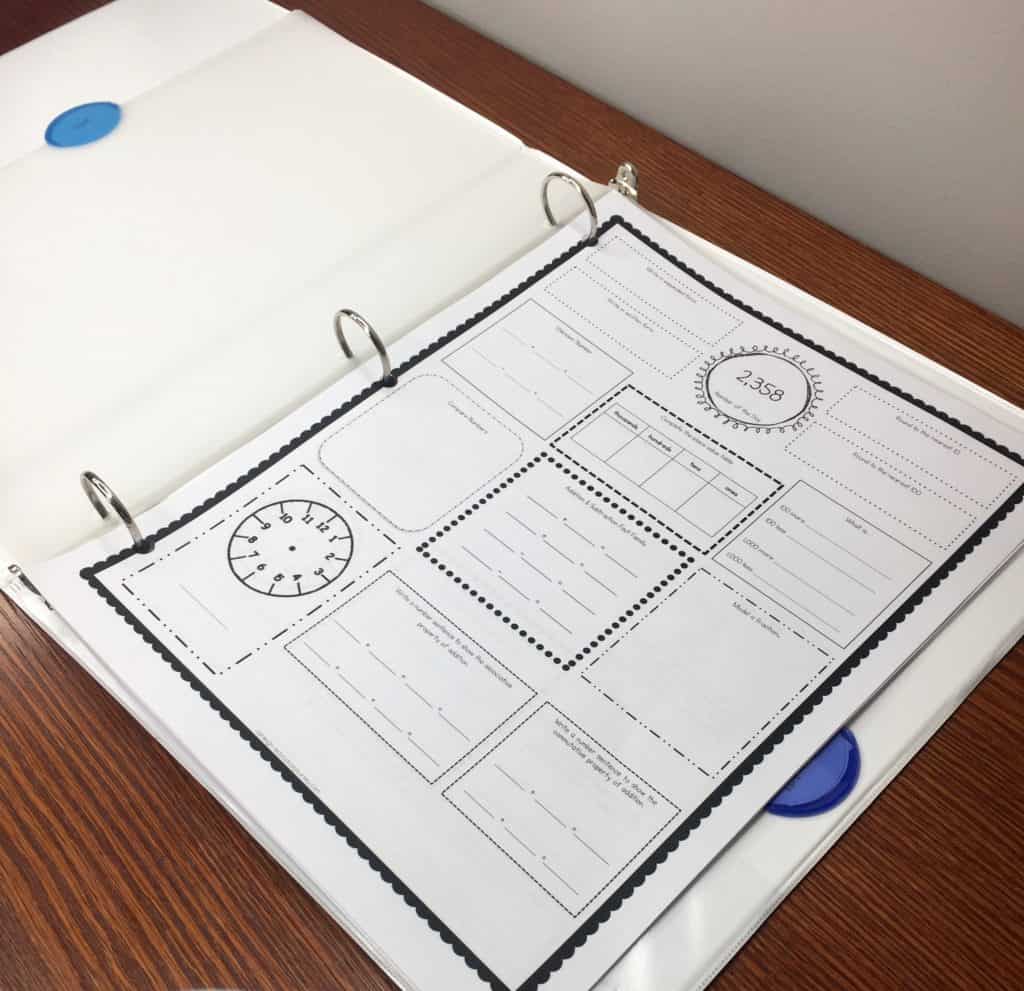 The first version is primarily for third grade. In this version students write the number in expanded form and written form, and they round it to the nearest ten and hundred. They also complete a place value table and determine what is 100 and 1,000 more and less than the Number of the Day. Students compare numbers, complete an addition and subtraction fact family, and model a fraction using the Number of the Day. 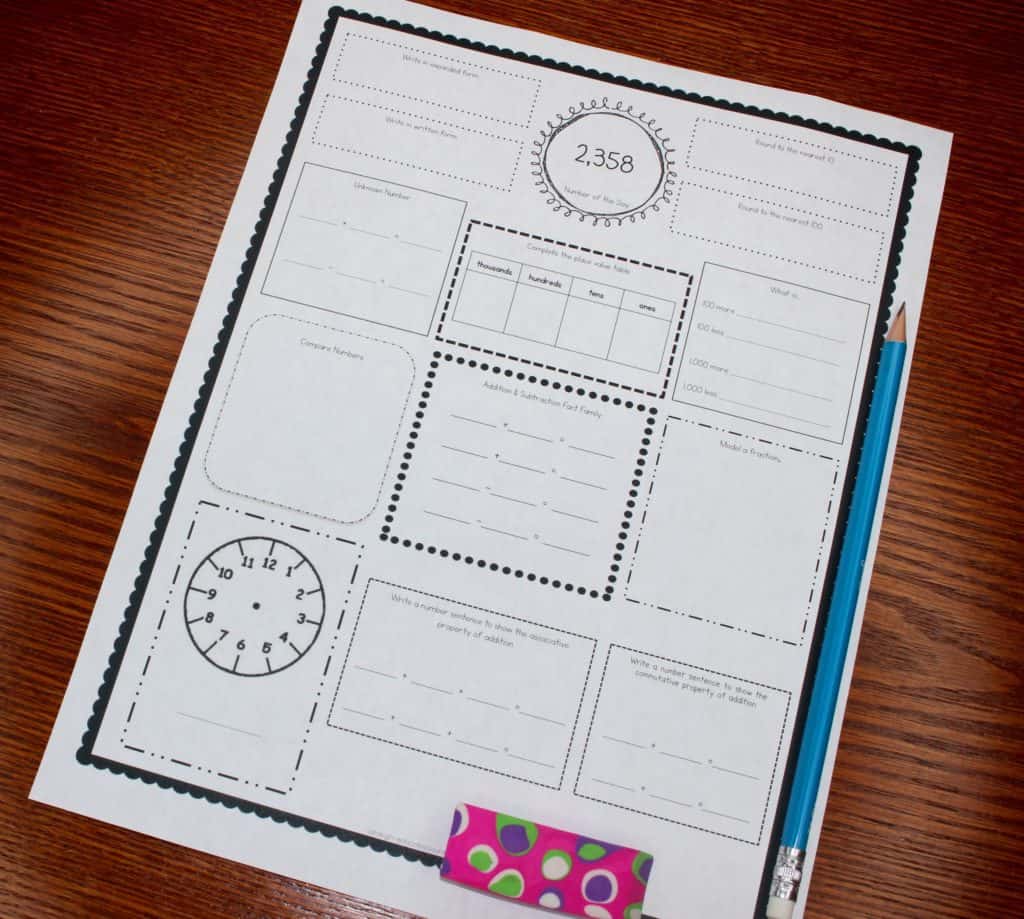 The second version is also for third grade. It’s very similar to the original version, but in this version students create arrays, solve multiplication with repeated addition, and use the distributive property to multiply. 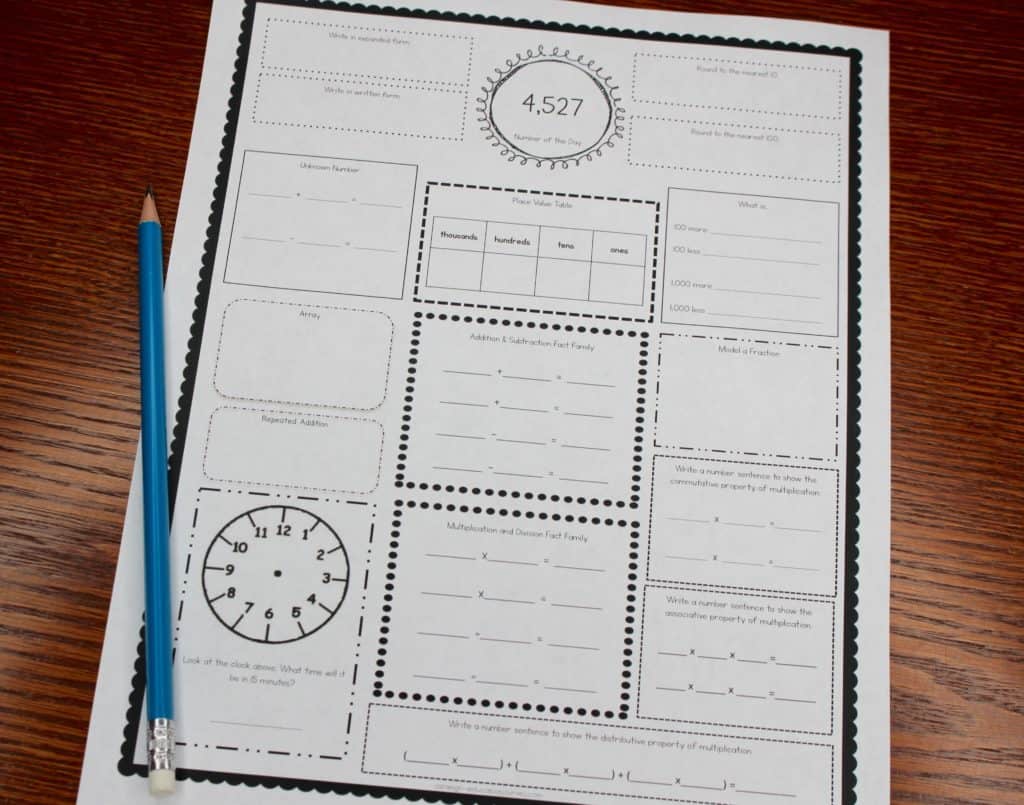 I created the third version for my students who weren’t quite ready for the third grade versions of the Number of the Day. This includes similar problems, but students work with 3-digit numbers, rather than 4-digit numbers. 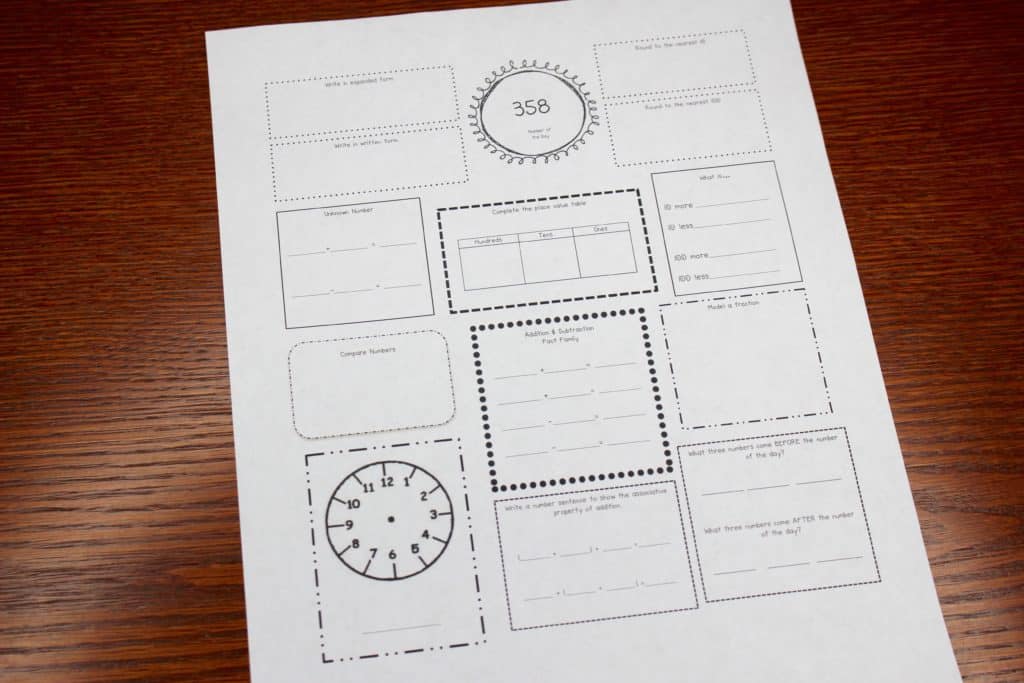 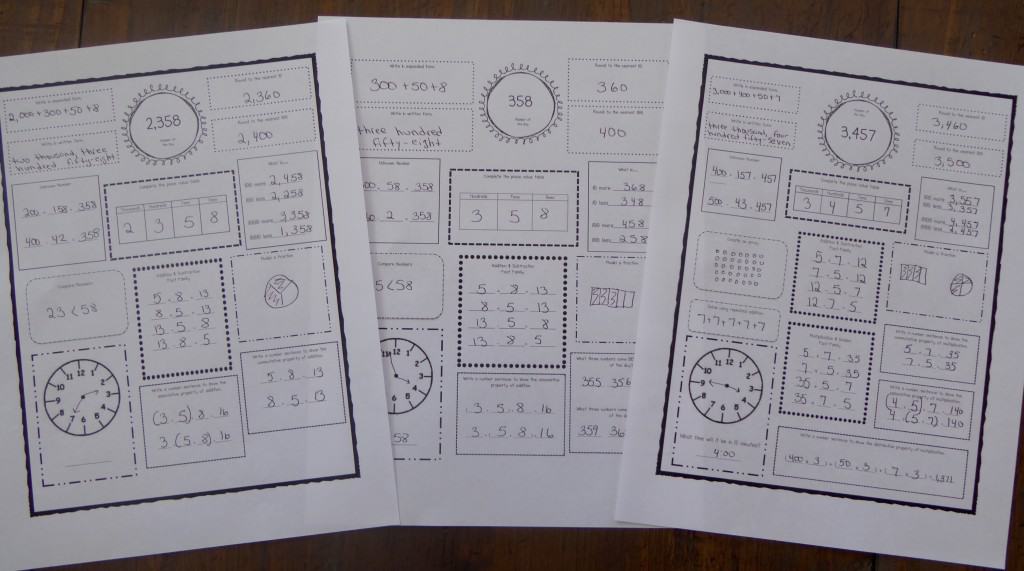 The fourth grade version contains 6-digit numbers, and students write the numbers in expanded form, expanded notation, and written form. They also round the number to the nearest ten, hundred, and thousand. To review those tricky factors and multiples, students writ e the multiples of the last digit of the Number of the Day through 100.

They also look at the last two digits of the Number of the Day and list the factors of that number and circle the prime numbers and highlight the composite numbers. Students determine what is ten times, one hundred times, and one thousand times greater than the last number made by the last three digits of the number of the day. There is a divisibility table, and students circle any number the Number of the Day is divisible by. There is also an addition and subtraction problem, as well as a multiplication and division problems students solve with partial product/partial quotient and an area model. 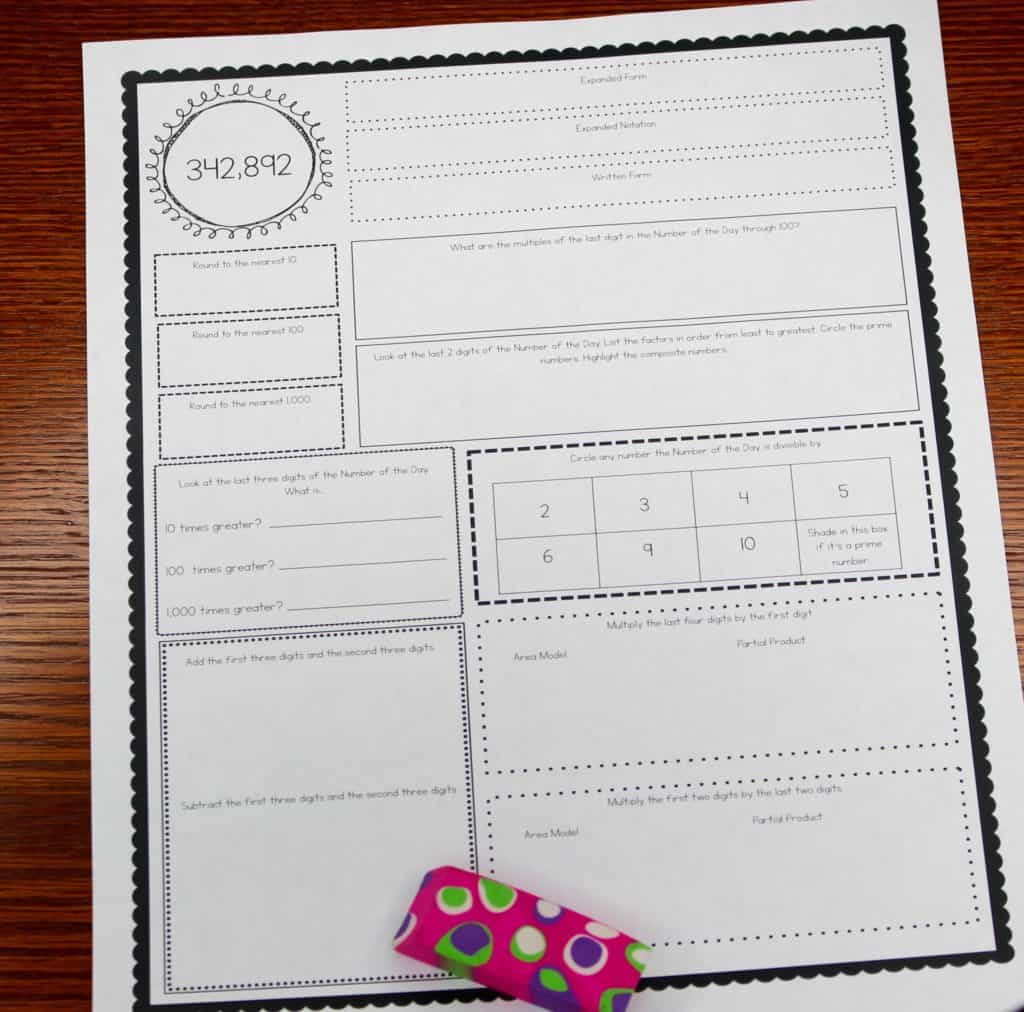 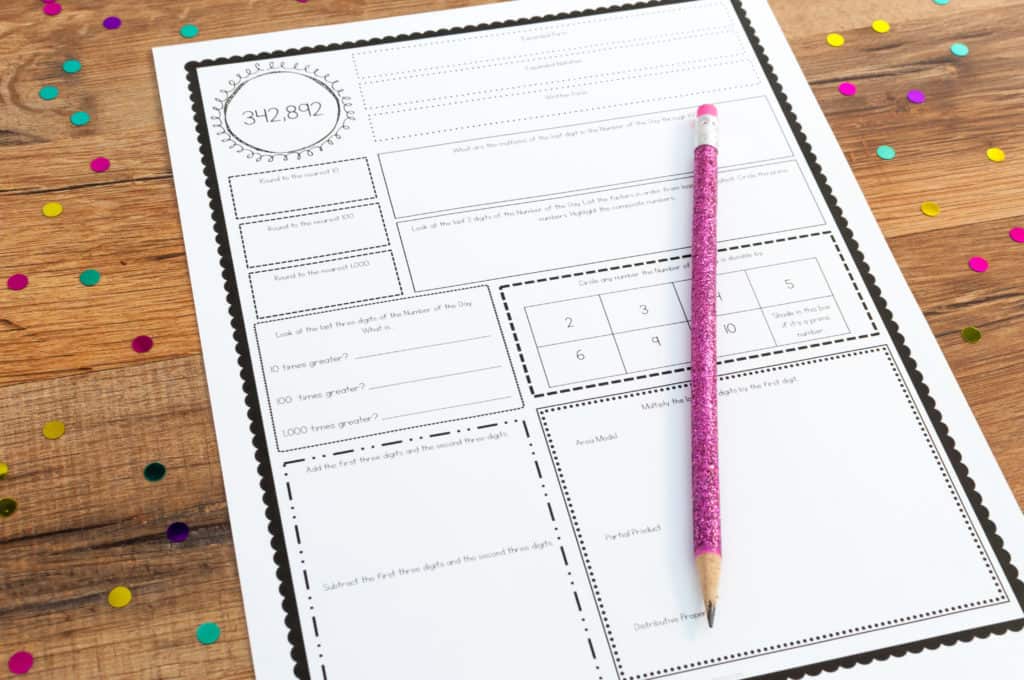 After teaching third and fourth grade, I knew that while I LOVE my Number of the Day review, I also wanted to incorporate fractions into my morning routine. I’ve created a Fraction of the Day that I use in place of my traditional Number of the Day. I do not use this review until I have completed my fraction instruction, because I don’t want it to take the place of conceptual instruction and hands-on lessons. I’ve created three different versions in the Fraction of the Day file, because I wanted to provide flexibility for different state standards. 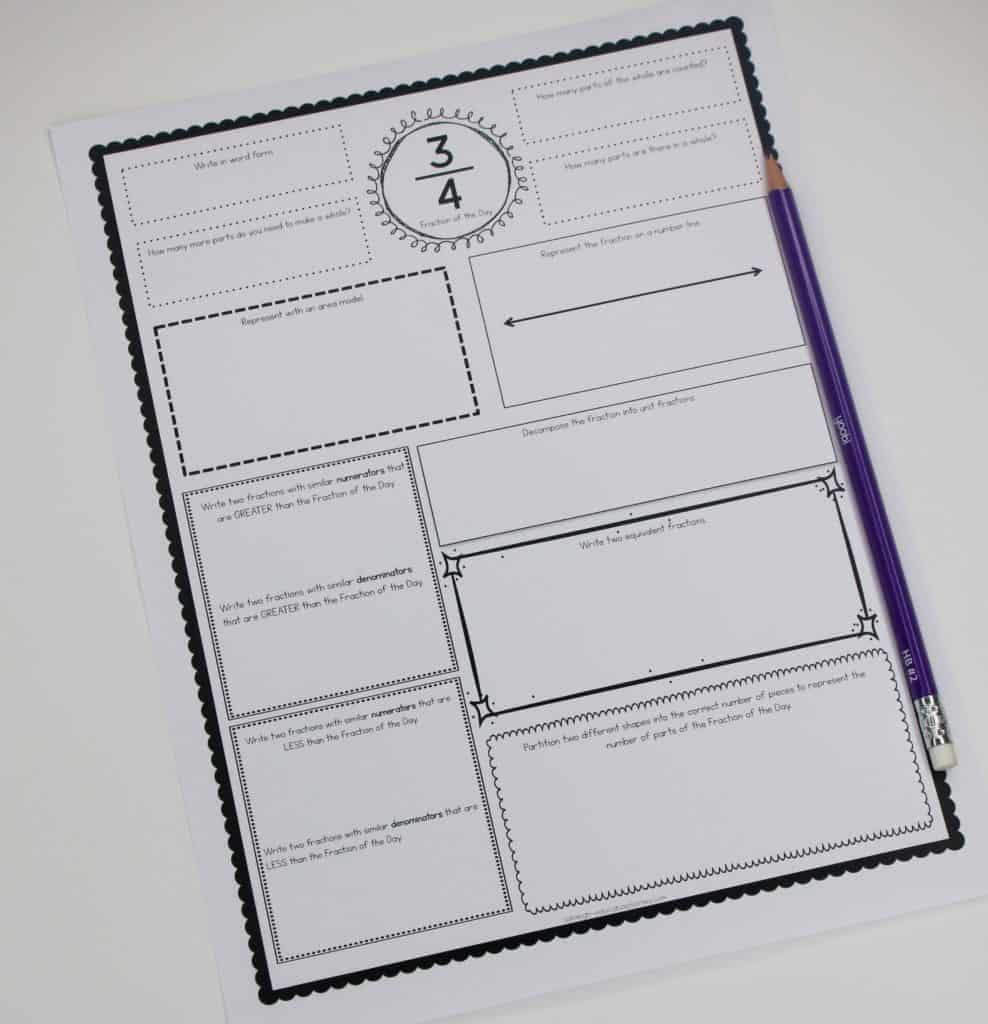 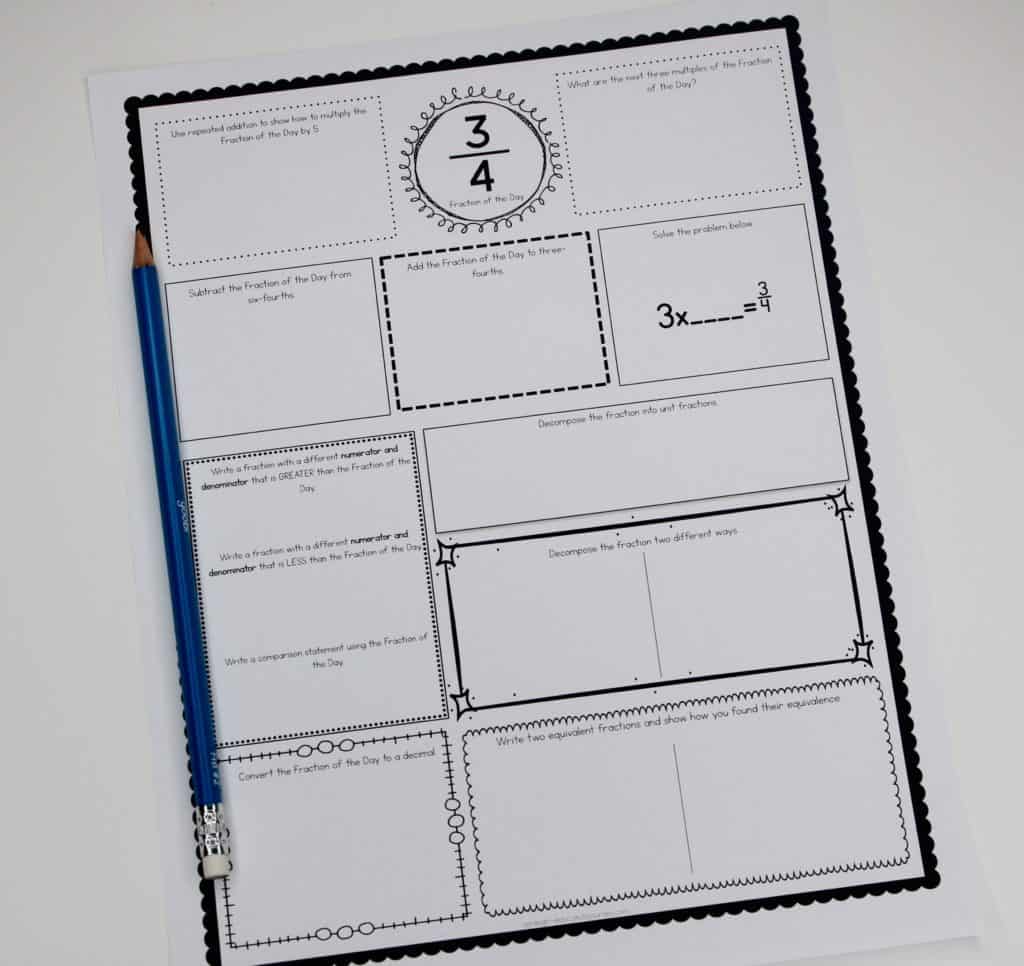 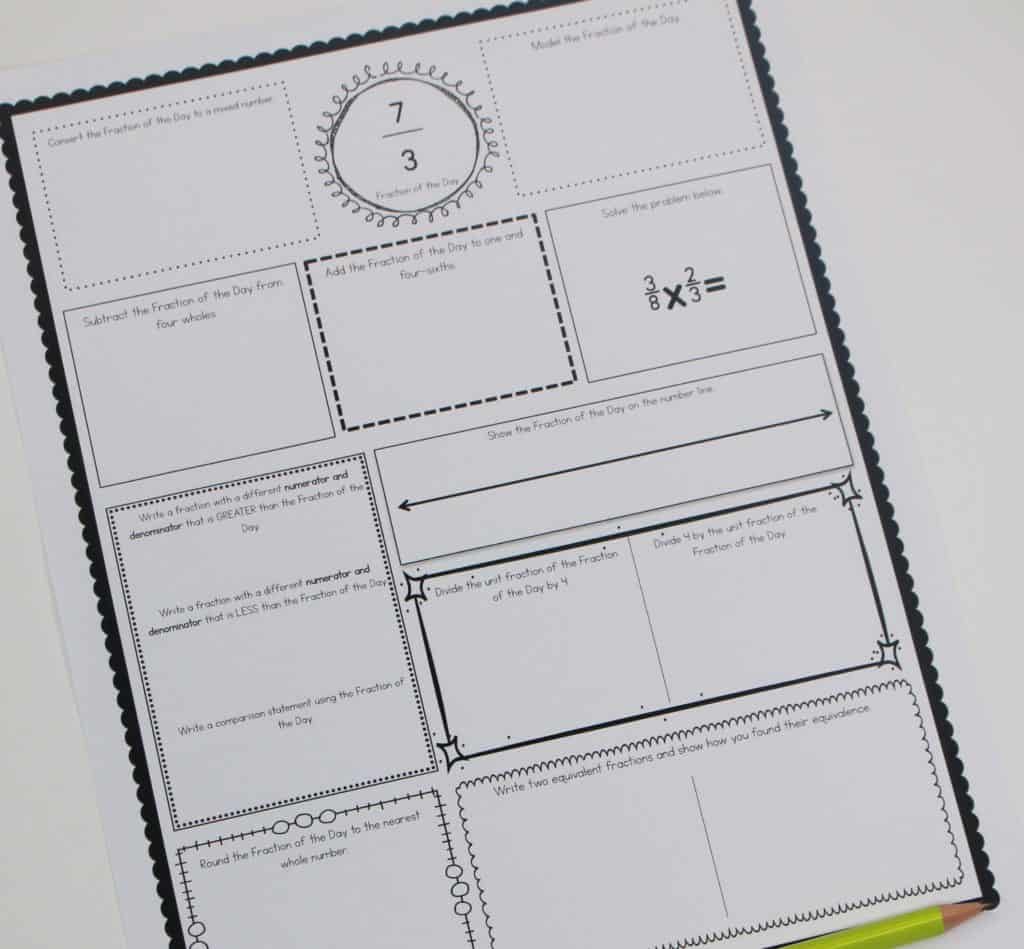 The last section of our morning work is a language arts review that is organized by the days of the week. This is a great way to reinforce and review all of those tricky grammar and vocabulary skills in the third grade and fourth grade standards. Students complete the language arts morning work independently, and we go over it together everyday. I don’t give a grade on the assignment or for completion, but I do hold students accountable for completing it. I broke this into two separate products with a Third Grade Language Arts Morning Work and a Fourth Grade Language Arts Morning Work product. In each set there are 36 weeks worth of questions, and each week is broken into Monday-Friday. 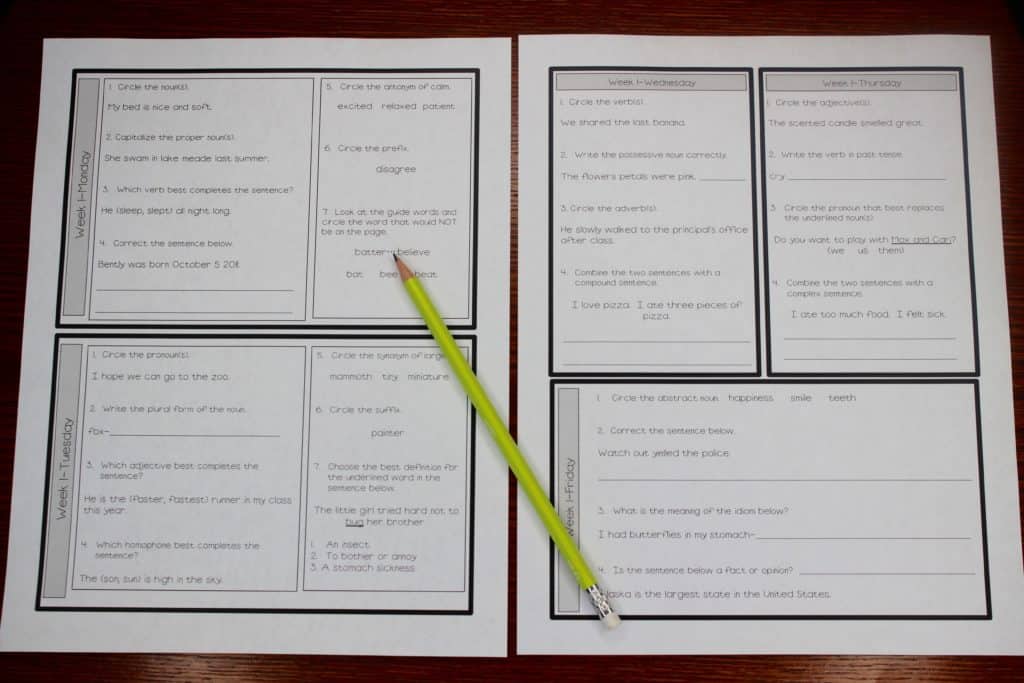 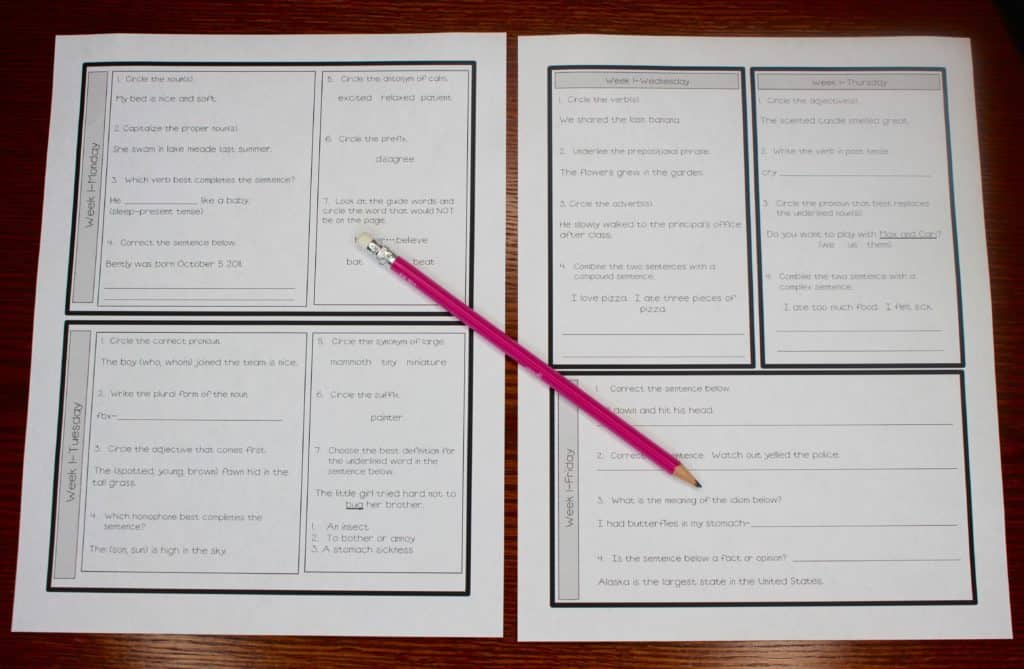 Each of these files EXCEPT THE FRACTION OF THE DAY are included in my Morning Word Bundle. The bundles save you over 20% from purchasing each file individually!

I also wanted to share a multiplication graph that we all enjoy.  My students take a daily timed multiplication test (20 questions in 1 minute-more on that later), and on Fridays they take a big 5 minute 100 questions multiplication facts test.  Each Friday, I have my students graph the results of their test by coloring in how many questions they answered correctly.  I like giving my students this visual representation of their progress on their math facts.  This could easily be adapted to addition facts, subtraction facts, or division facts as well.  You can click on the graph for your FREE copy! 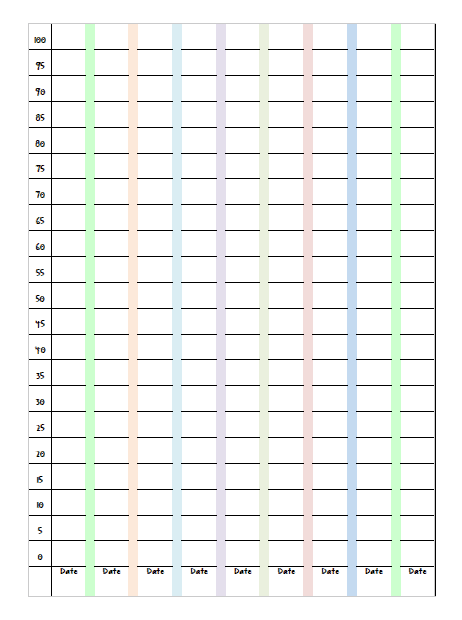 If you have any questions about my morning work, please send me an email, and I’ll try to help! 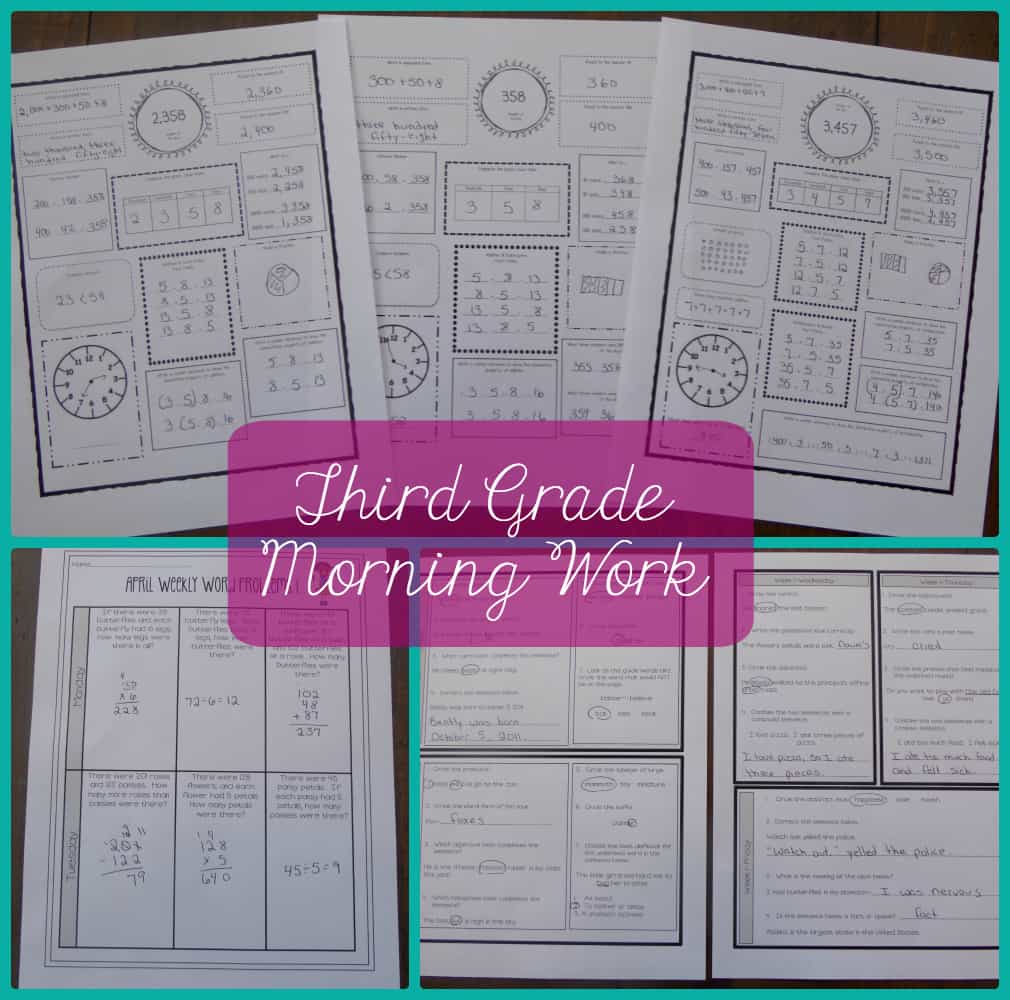