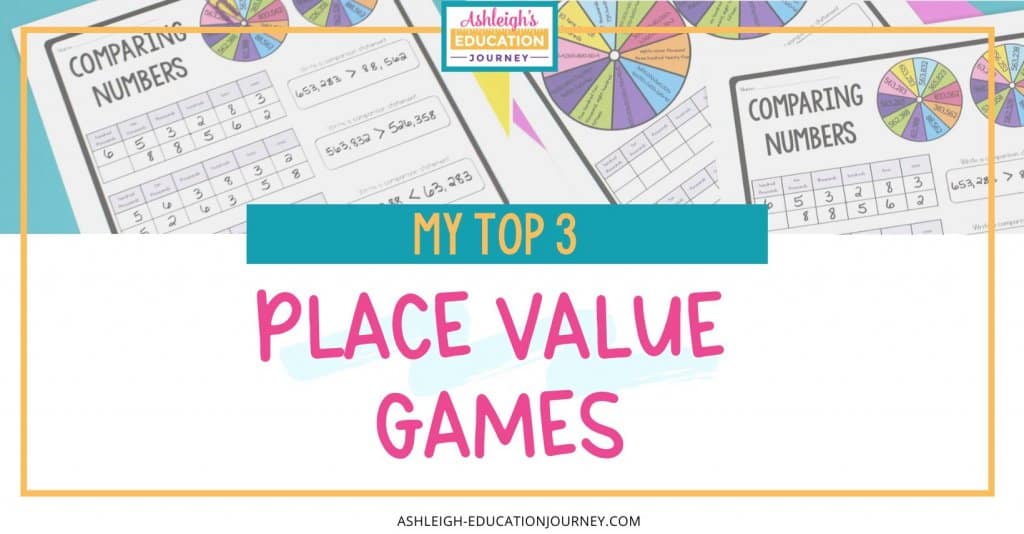 Math games are a great way to increase student engagement and to give students an opportunity to apply newly learned math skills. Even though there are many games to choose from, it’s often challenging to find exactly what I’m looking for in a game. I try to avoid games that are entirely based on luck and/or low level thinking and look for games that require strategic thinking and application. In those post, I’ve shared my top 3 place value games.

You can read more about my place value instruction in my place value resources post. In that post I share about warm-ups, hands-on lessons, and assessments.

The Closer The Better

The goal of this game is to build a number as close to the goal number as possible. This is a great whole group game where students can play in small groups. I give each group a recording sheet and always emphasize that one a number is written down, it cannot be erased.

I flip over a digit card and students decided where to write that digit on the game sheet. After all the groups are ready, I flip over another card. This continues until all spaces are filled. Then, groups share what they got for each goal number. We share one goal at a time and work together to determine which group won each round.

The first time students play this game they typically aren’t very strategic on where they place their digits. But, as their understanding of the game and number sense increases, they become quite strategic in their thinking. 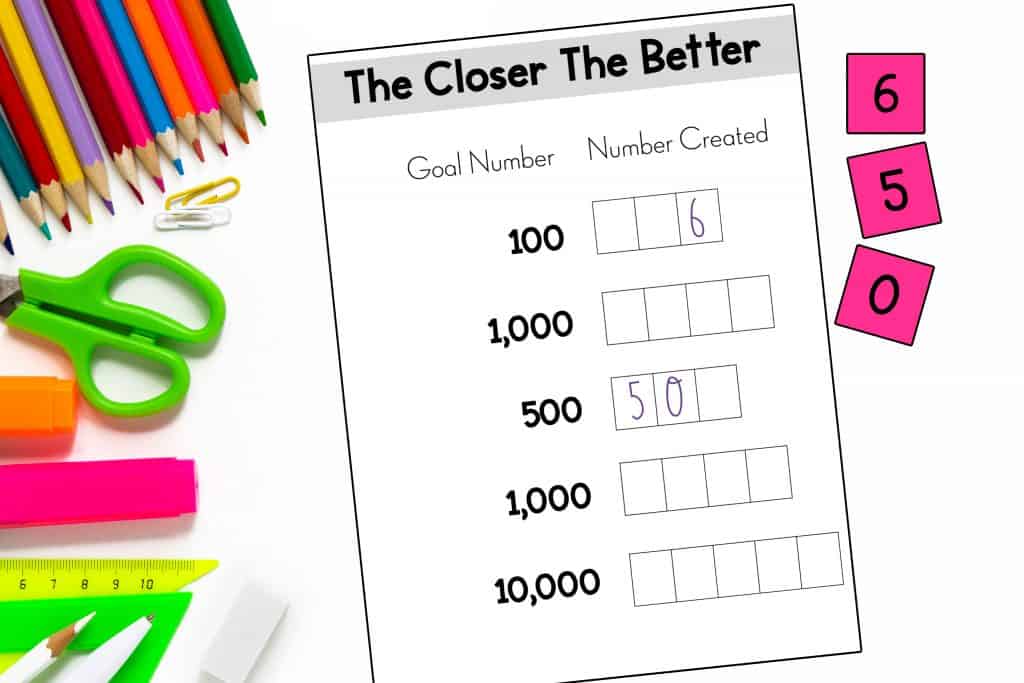 This is another game that requires strategic thinking. I have students get in a group of four and then break into two teams within that group. The goal of the game is to build each number on the paper. However, unlike the previous game, students can’t move to the next row until the first row is completed. For example, if on my first turn I CAN create a number greater than 41 thousands, I would move to the second row on my next roll. However, if I CAN’T create a number greater than 41 thousands, I would have to try again on row one on my next roll.

Some numbers are fairly easy to create and other numbers are much more challenging. There’s also a lot of math involved with this game. Students are thinking about representing numbers, rounding numbers, and the value of numbers. 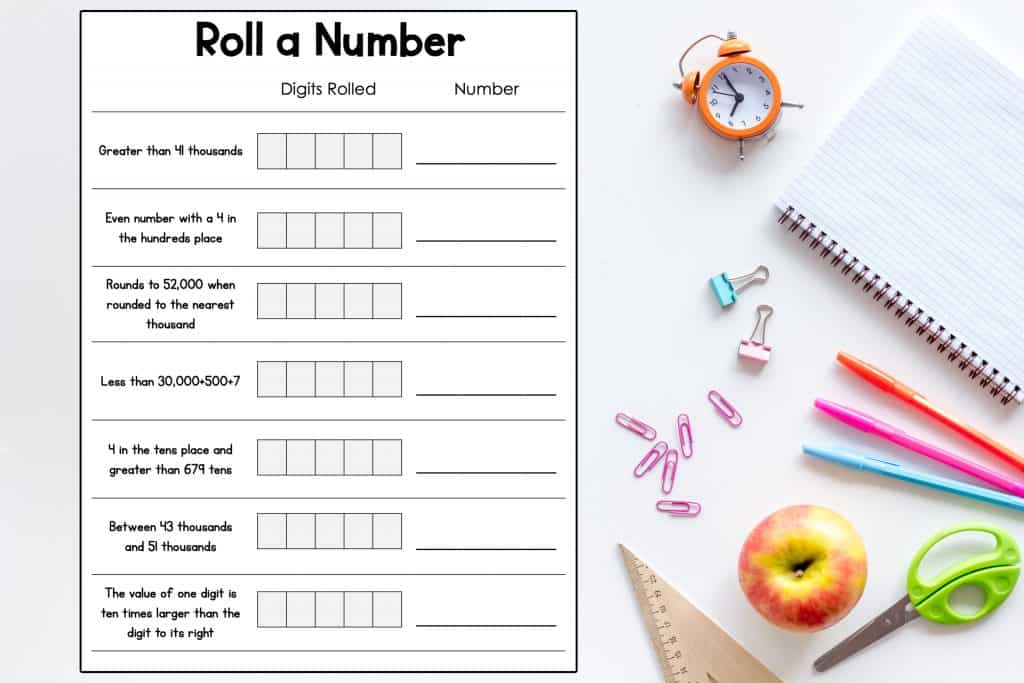 In the comparing numbers game, there isn’t quite as much strategic thinking needed, but it’s still a great practice opportunity. Students use a pencil and paperclip to spin two numbers. They fill use the numbers to fill in the place value table and circle the greatest place where the digits are different. Then, they write a comparison statement with the numbers. The numbers on the spinners are all very intentional to ensure that students will have to think about place value during the game. 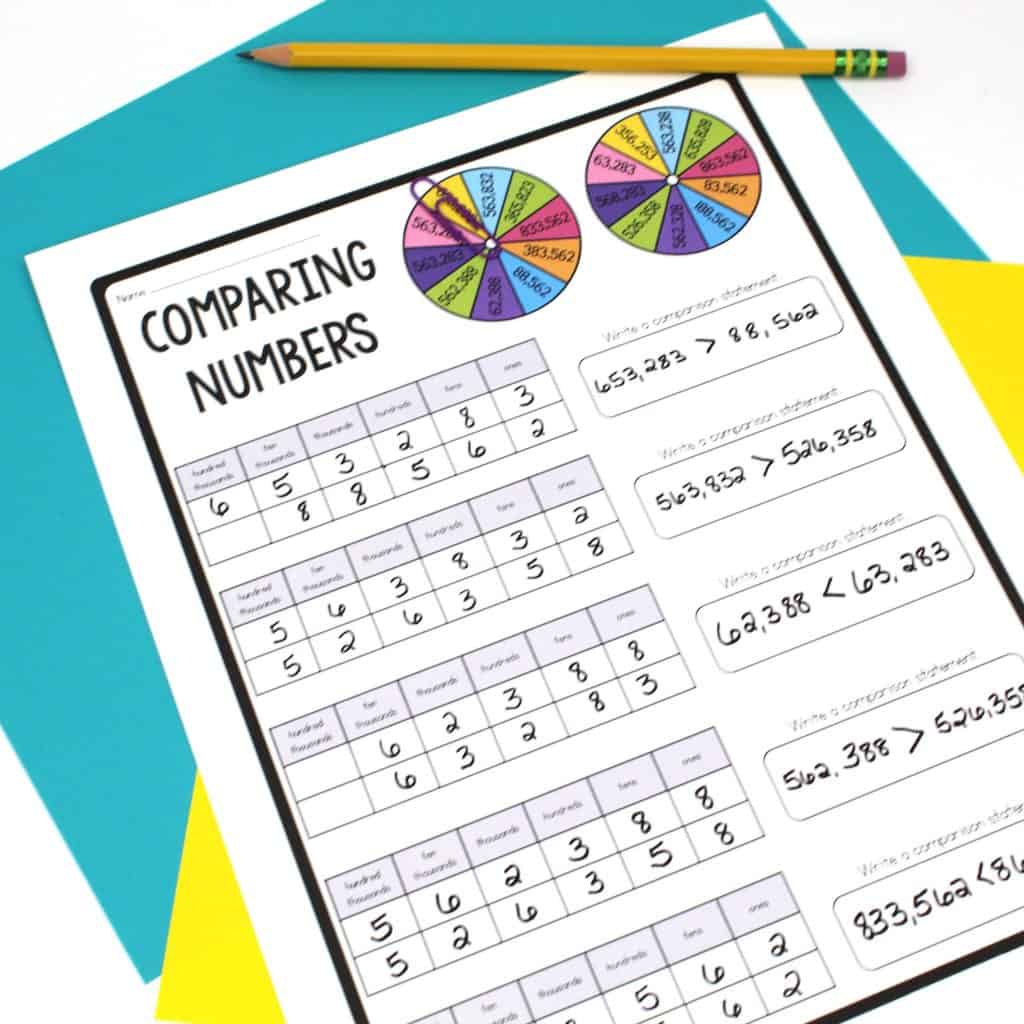 The second page of the activity gets a little more advanced. On this page the numbers aren’t written in standard form. Instead, they are written in expanded and word form, and there are a few numbers that even require regrouping. The game follows the same format, but students read the number in one form and record the number in numeral form. 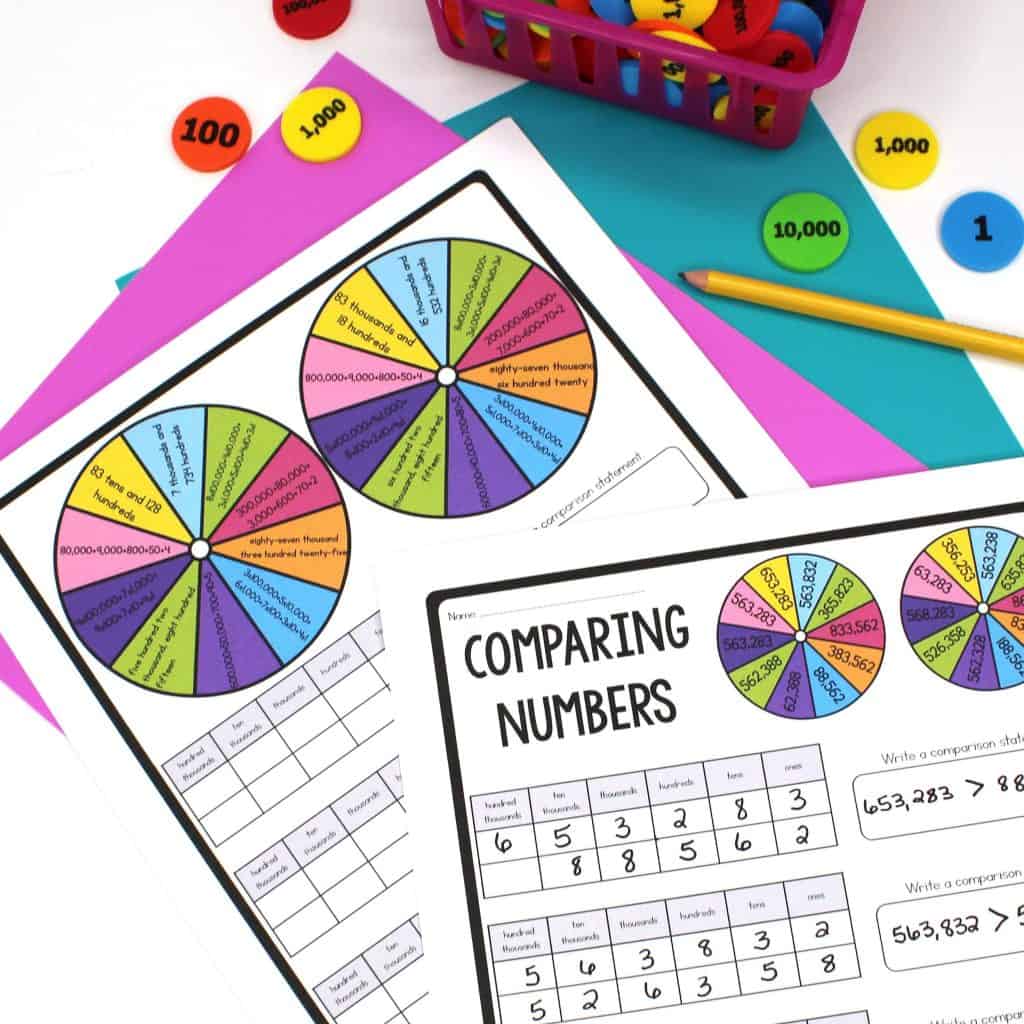 I love the fact that the games are all low prep and don’t require a lot of special materials. I don’t have the games as stand alone resources, but they are a part of my place value unit. I also love that all of these games can be repurposed for my decimal unit.