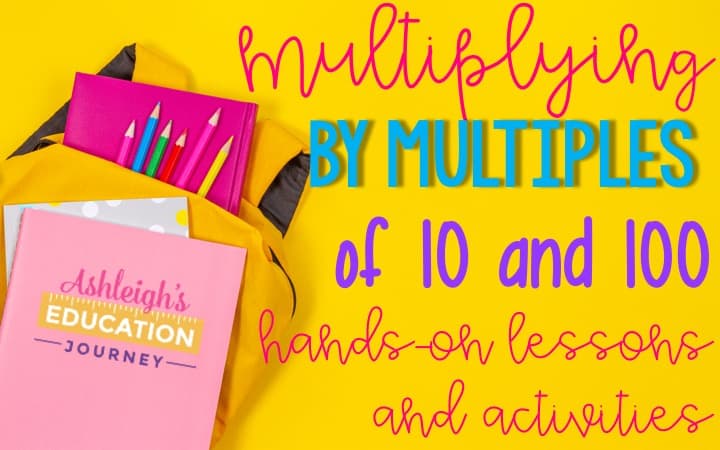 Multiplying by multiples of ten and hundred sounds like it should be an easy concept to teach, but it’s not. In fact, many students struggle with this standard. It’s such an important concept for students to understand, because students will apply this concept in their multiplication and division standards. In this post, I share some of my favorite and most effective ways to teach this challenging concept.

Before I begin this unit, I teach place value and the value of numbers. I also teach students how to represent numbers in numeral, expanded, and written form. You can read more about those lessons here.

I begin this unit with a place value table and counters. Students to physically move the counters to the left or right on their place value chart to show how the digits to the left were ten times greater than those to the right. You can download a copy of the place value mat here. This helps illustrate where there is a zero in the ones place after we multiply by ten. It also illustrates why there are zeros in the hundreds place and ones place when we multiply by one-hundred. I usually give a “sneak peak” at decimals. But, I don’t go too far to avoid confusing students. 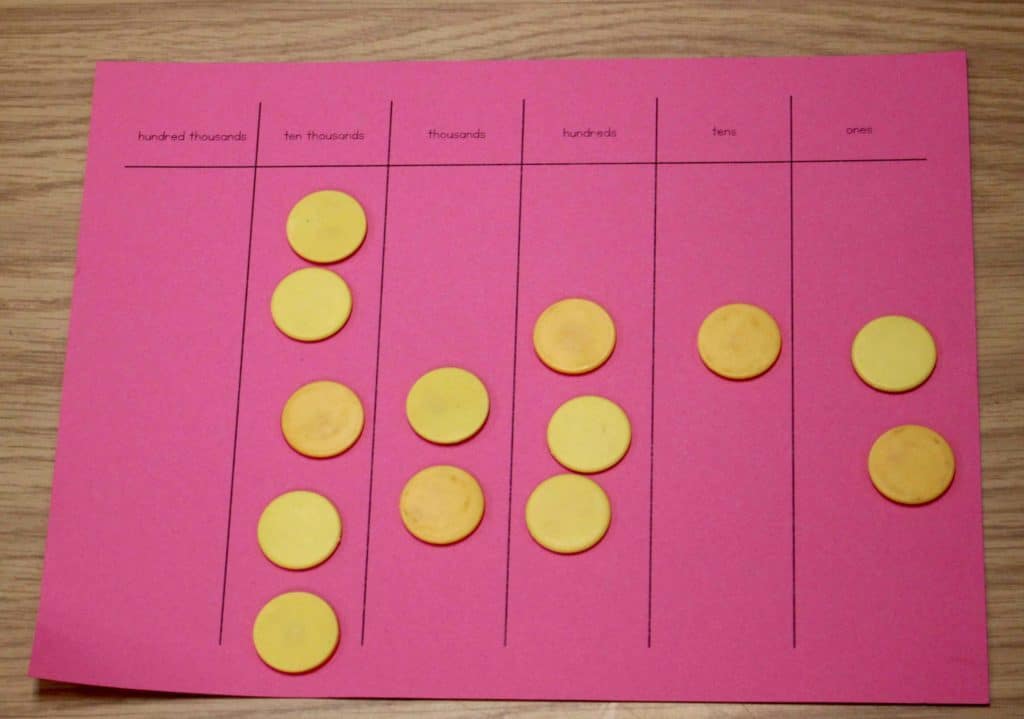 Multiplying by Tens and Hundreds-Pictorial Models

Students then began the same process by drawing dots on a place value table and then grouping and showing how to move the numbers to the next column. We do this with multiplying by ten and hundred. As I teach this, we also focus on “ten times more” statements. All of the lessons below are from my 4th Grade Place Value Unit.

Multiplying by Tens and Hundreds-Games

One of my favorite ways to help students think in terms of groups of tens and hundreds is through this place value game. In this game students work with a partner and have a stack of number cards. They shuffle the number cards and place them facedown in front of each other. Students take turns drawing a card, and the student whose card has the greatest value gets to keep both cards. After all the cards have been played, the student with the most cards wins. 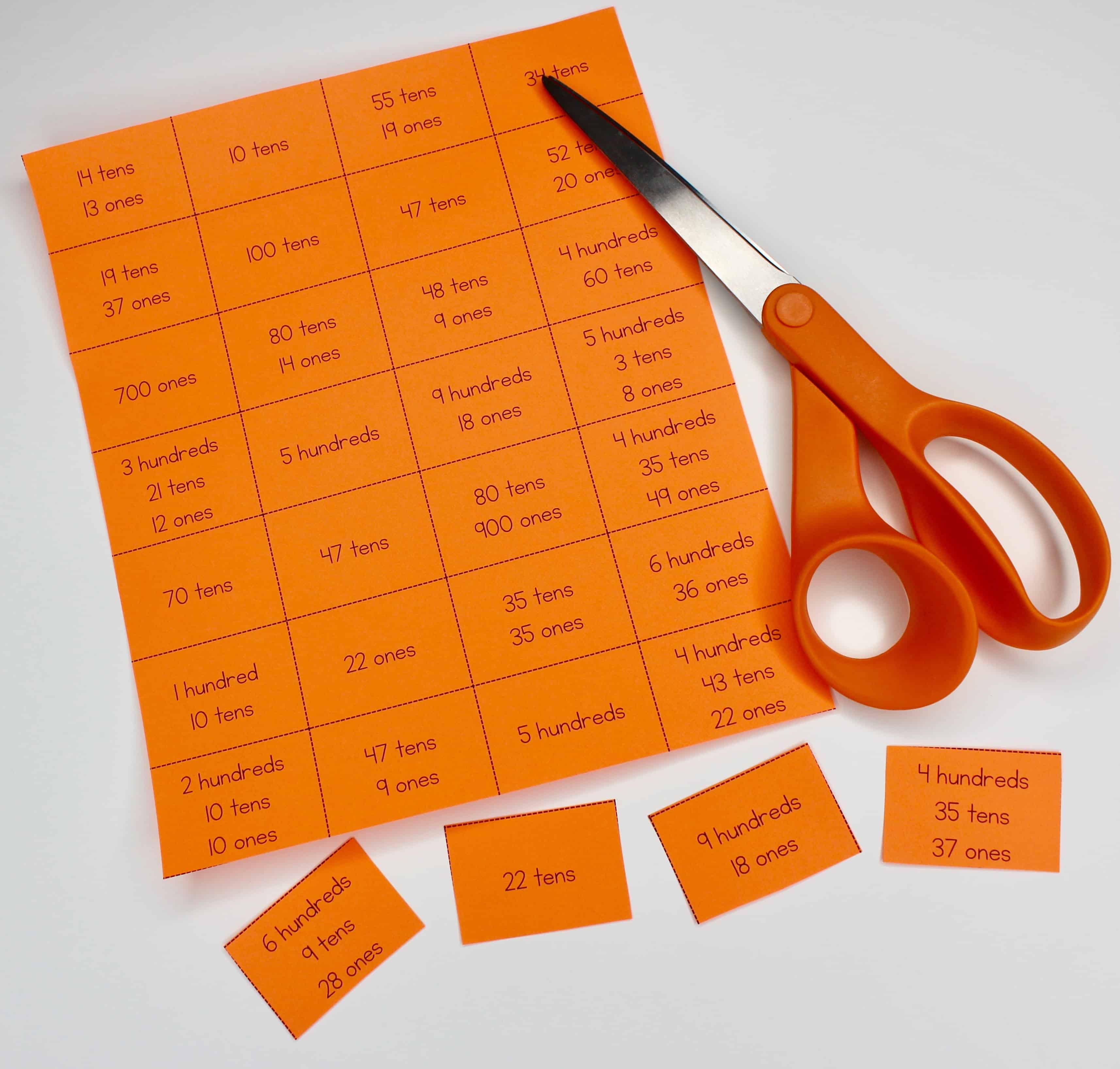 Multiplying by Tens and Hundreds-Problem Solving

Once I saw that students understood the standard, I incorporated the concept into problem based learning activities. This is when students solve multiplication problems where they multiply be ten and hundred in a problem solving context. At this time, students are still only focusing on multiples of ten and hundred. As a mini lesson, students learned how to multiply multiples of  ten and hundred using the associative property. For example, 4×60=4x6x10. While this concept seems incredibly simple, it is so very important for students. 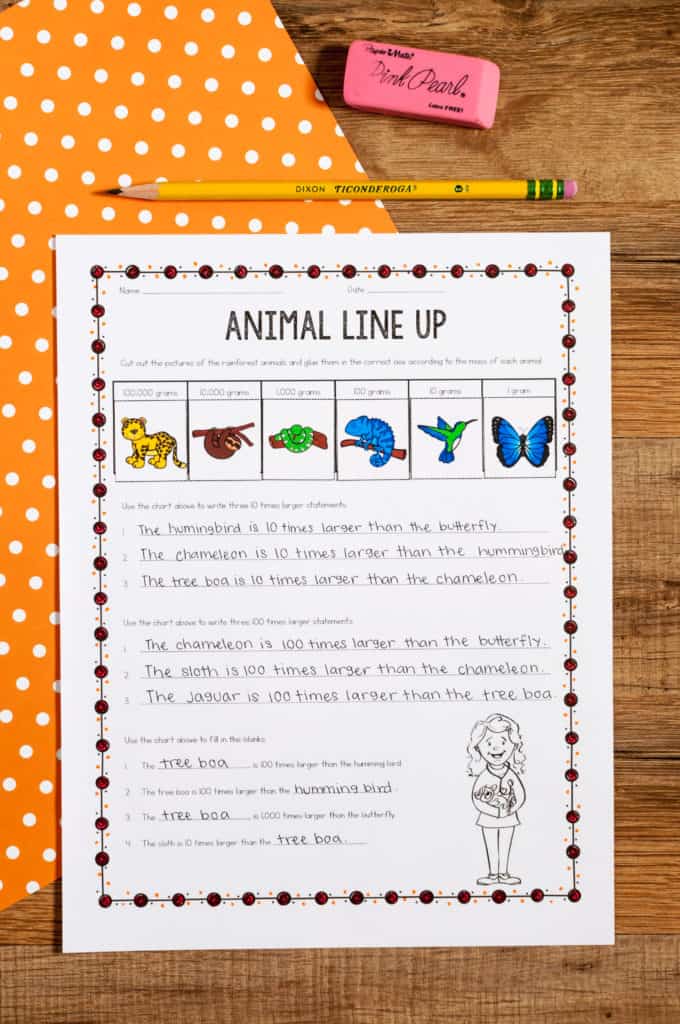 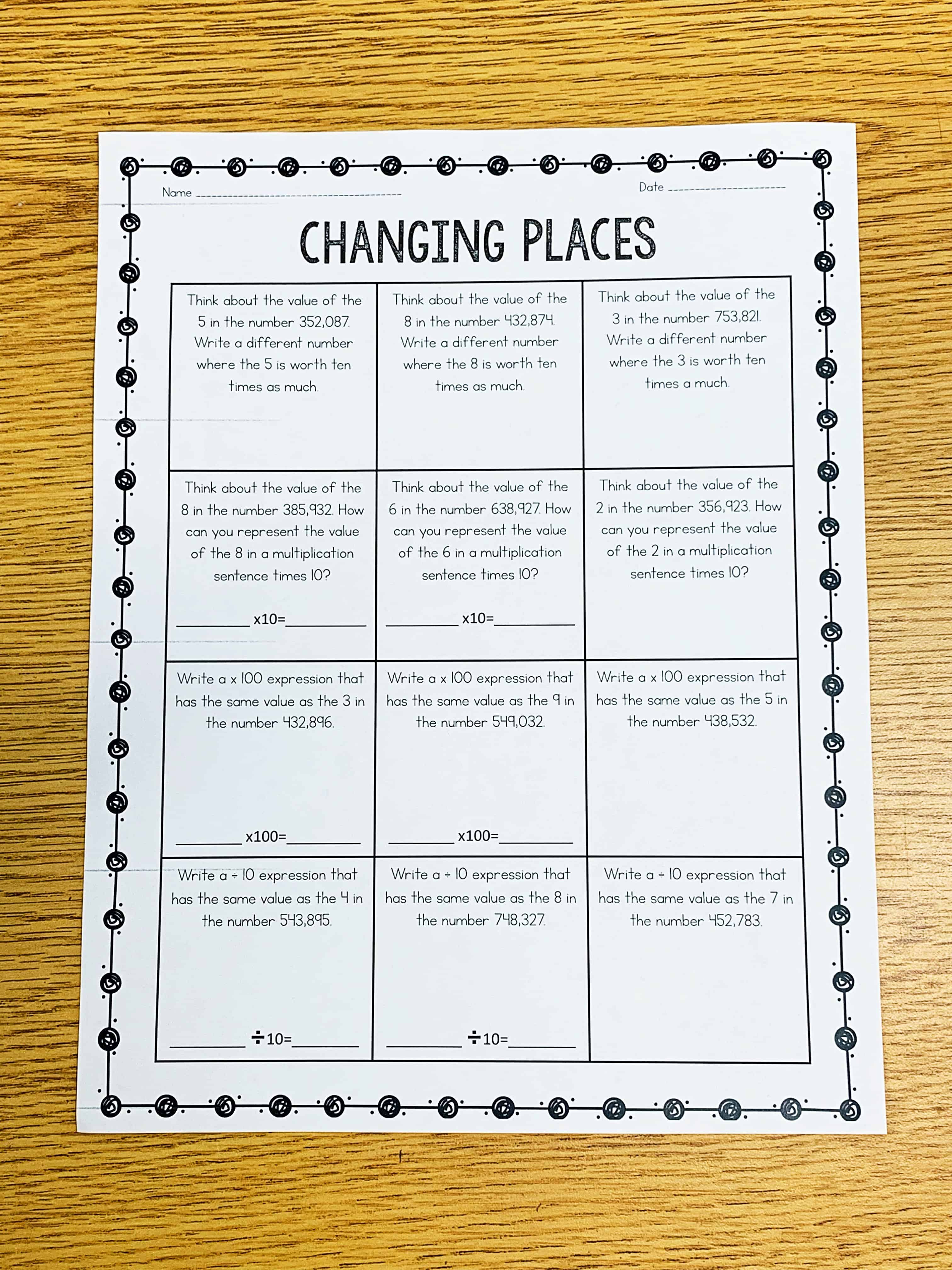 It was difficult to determine if those students struggled because of the context of the problem or the actual multiplication. To pinpoint the exact issue, I remade the worksheet, but I removed the problem solving elements. All that remained was the multiplication. I gave this to the students I was concerned about, while the rest of my students worked on a different problem solving task. 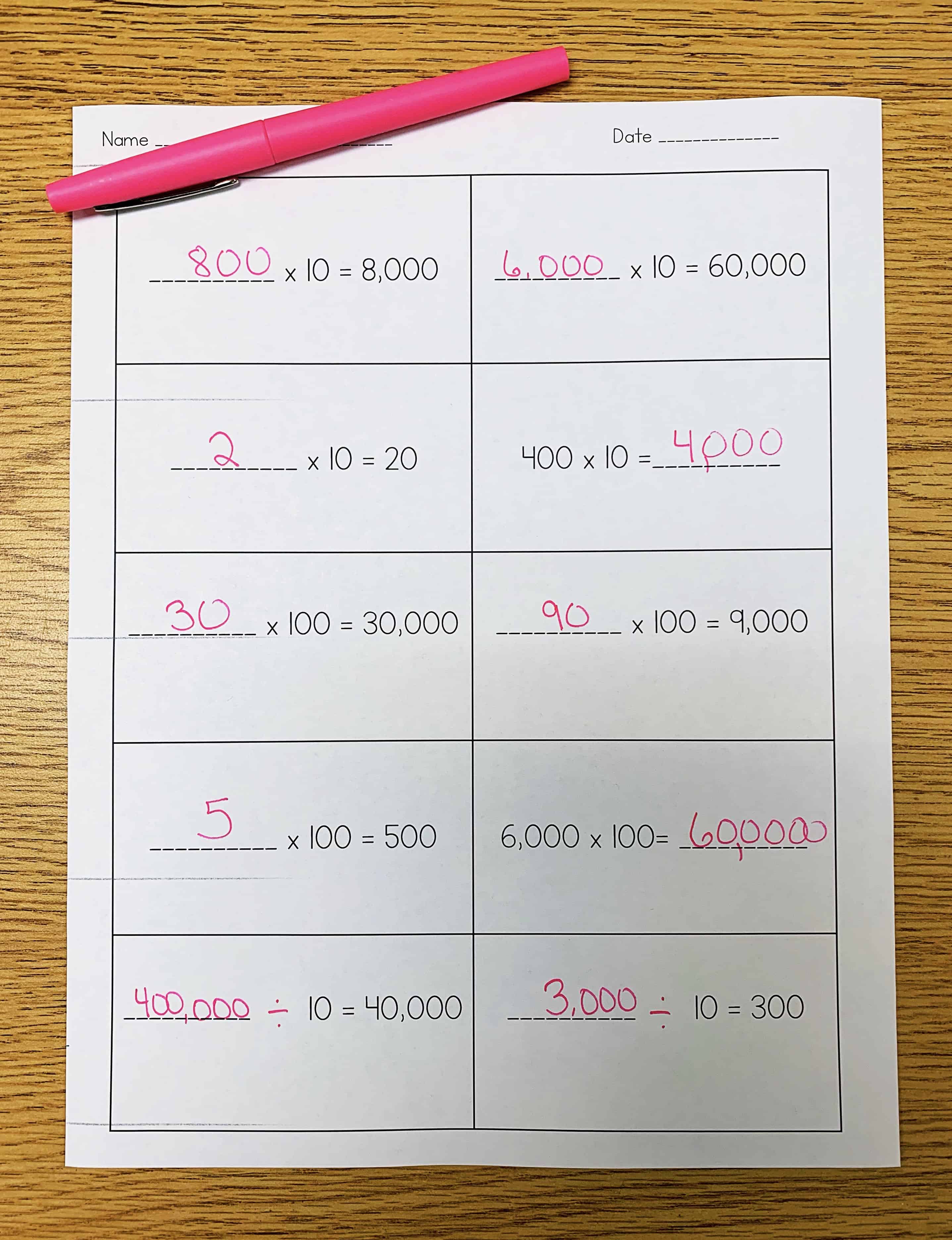 I learned that it was the multiplication that was causing the problem. That meant I had to step back a bit for some reteaching.

I met with those students in a small group for additional hands-on instruction. I had students use base-ten blocks to build  three groups of 20 and similar problems. Then, students build multiplication models of three digit numbers, such as three groups of 300. 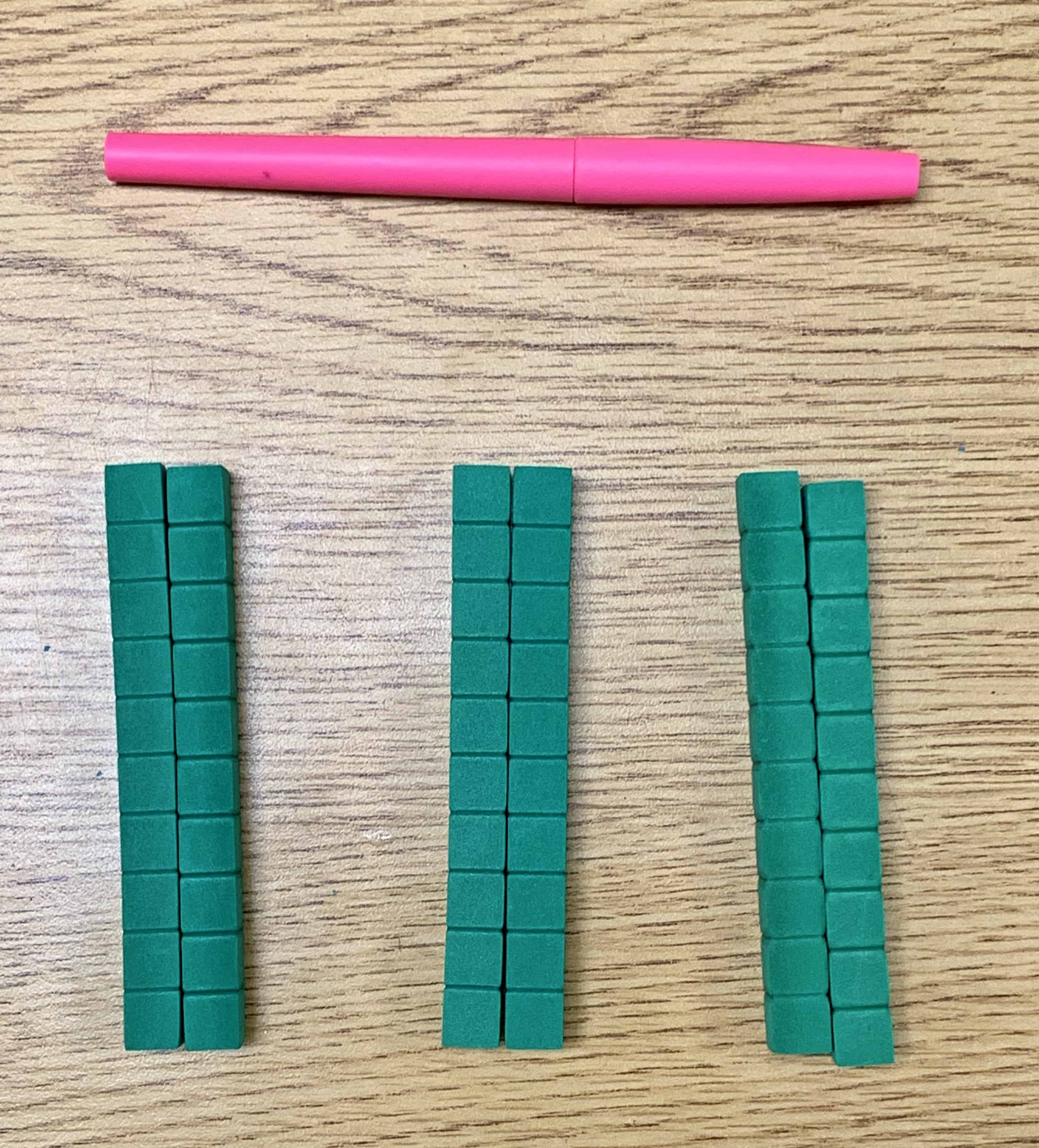 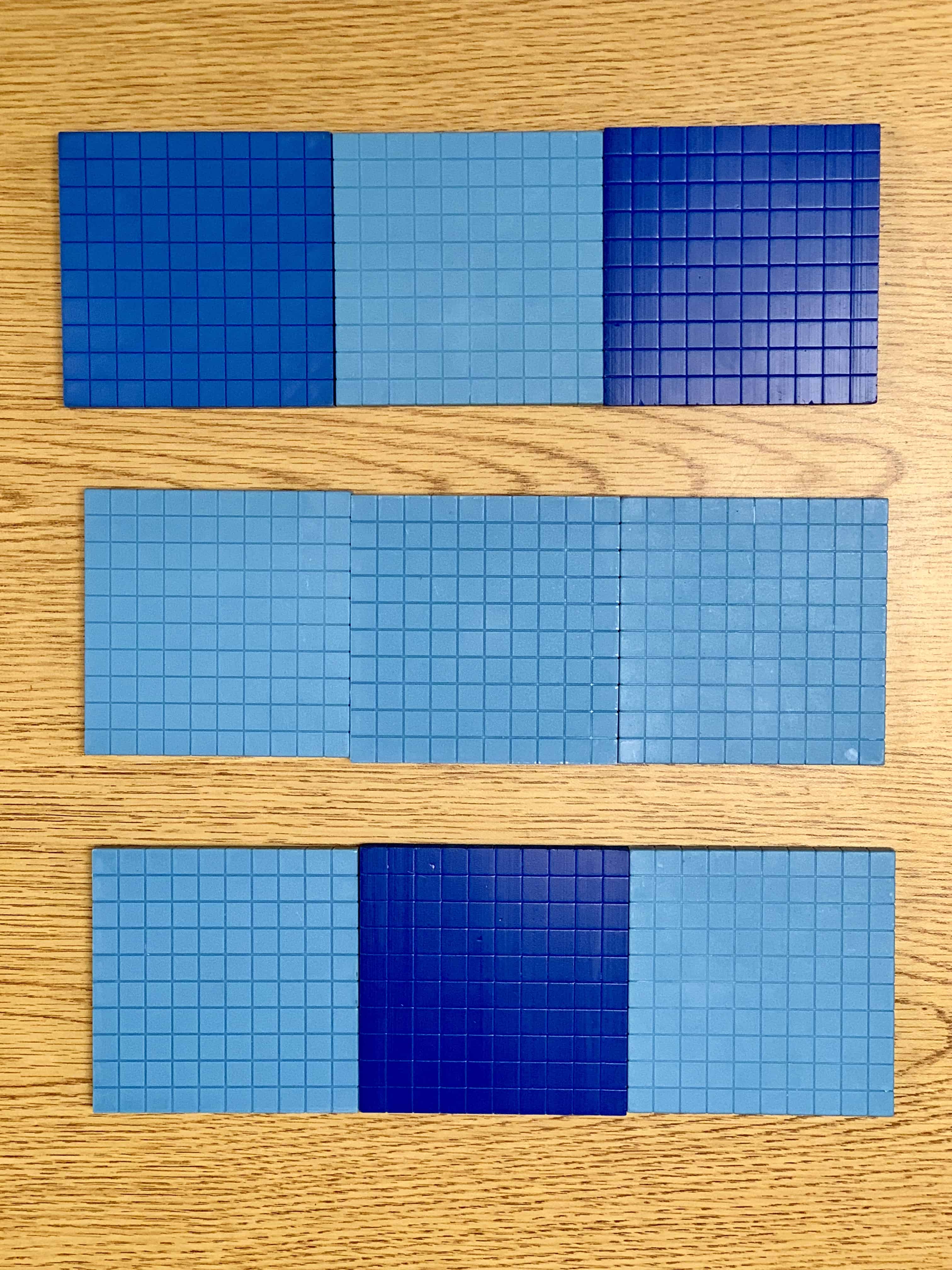 The following lesson, students once again built models. This time students extended their work into pictorial models. Even though it is more challenging, I continued working on problems such as ___ x 20=120. This helps students become more flexible in their thinking and truly understand what they’re doing. After these two lessons, it was evident that anyone still confused would need to develop their number sense before they would be able to understand this concept. You can download both of those forms here. 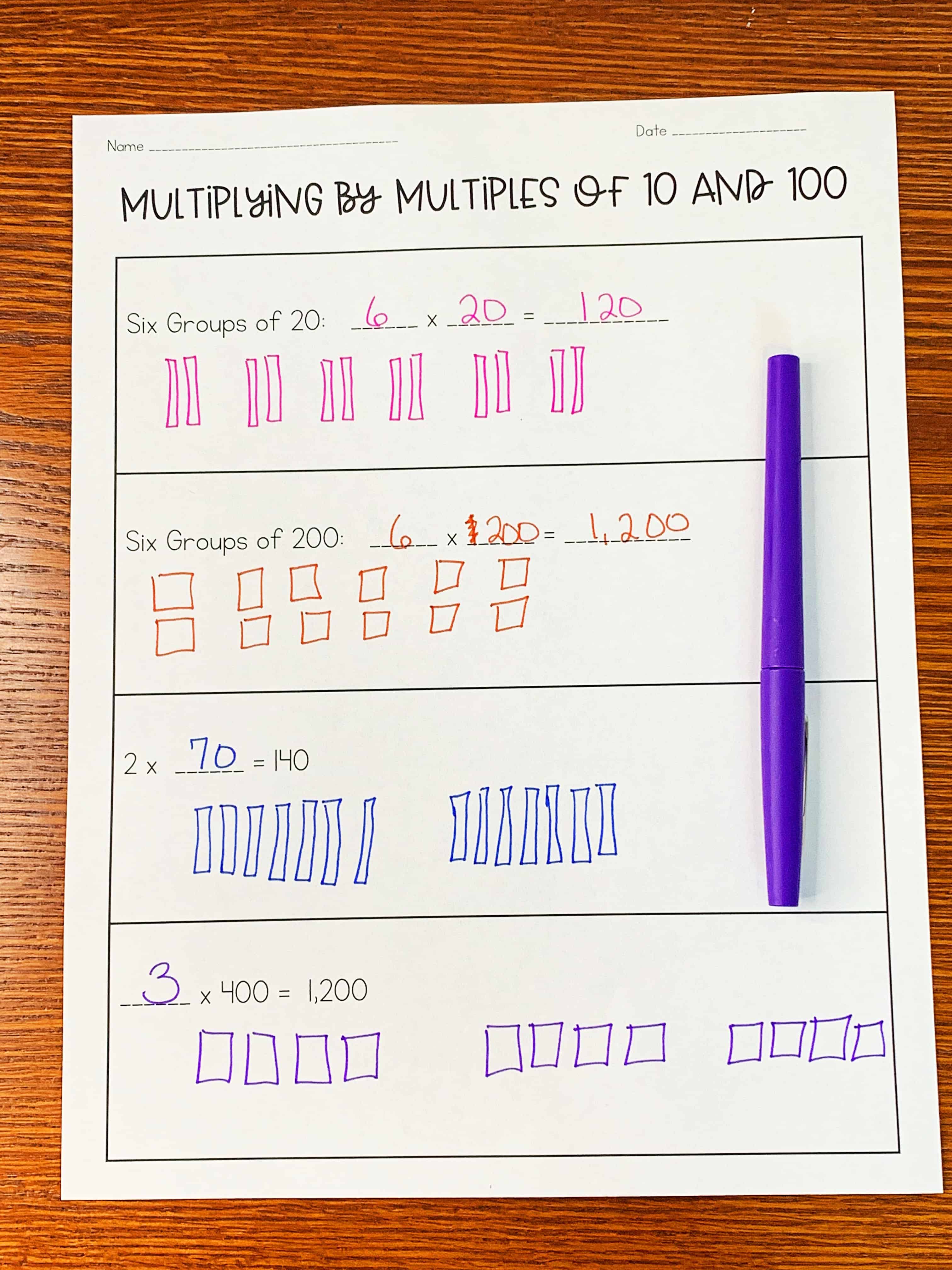 There are a few common error patterns to look for. One common error was not understanding the meaning of an equation. Students thought of 2x___=140 as 2×140=. This allowed me to teach students what the equal sign means, which is often a misconception for students.

Another issue was that some students struggle viewing 12 hundreds blocks as 12 hundreds. They limited their view to thinking of the blocks as 1 thousand, two hundreds. We were able to address that with the base-ten blocks as well.

Instead, we will focus on number sense and place value remediation. You can read more about number sense here. As I work with these students, I have to remember that there is not a quick, overnight fix. Instead, it will take time. This is one of those concepts that is greatly impacted by number sense. After I feel that students are ready, I will reteach students this concept.