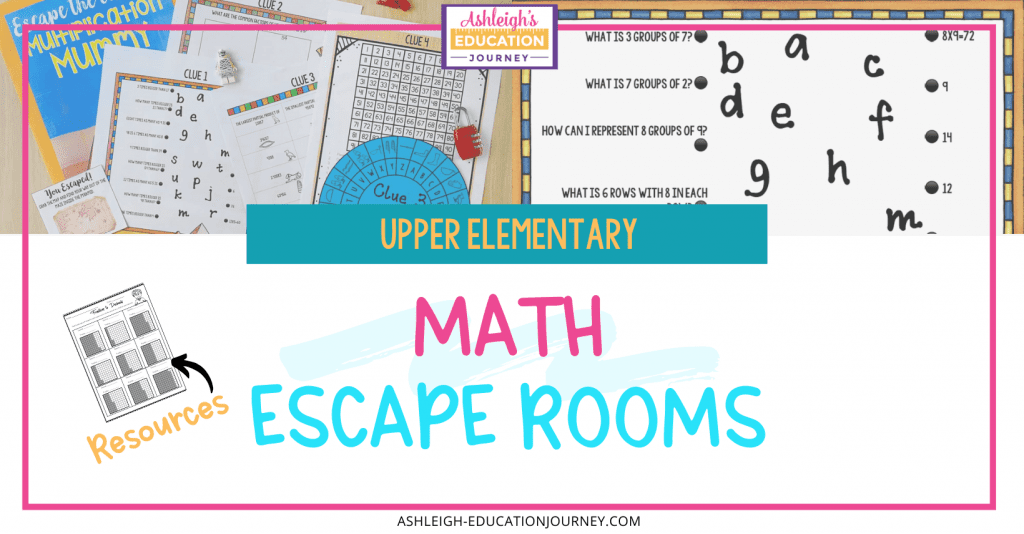 I cannot tell you how much my students and I LOVE completing math escape rooms. These escape lessons are some of my favorite activities of the entire school year. Now that I have a little experience and practice, it’s a cinch for me to prep and set-up, even when using the activity with three groups of math in one day! You can learn more about the management of escape rooms here.

I’ve given my Multiplication Escape an Ancient Egyptian theme, where students must escape the curse of the multiplication mummy. Students must find the map that will guide them out of the pyramid in which they are trapped.

In clue 1, students must match the multiplication comparison statement with the corresponding number sentence or number. For example, students must recognize that 21 is three times bigger than seven. Students will use a ruler to connect the statement and answer, and as they connect the dots they will cross out letters. The letters that are NOT crossed out are used to open the 5-letter lock. 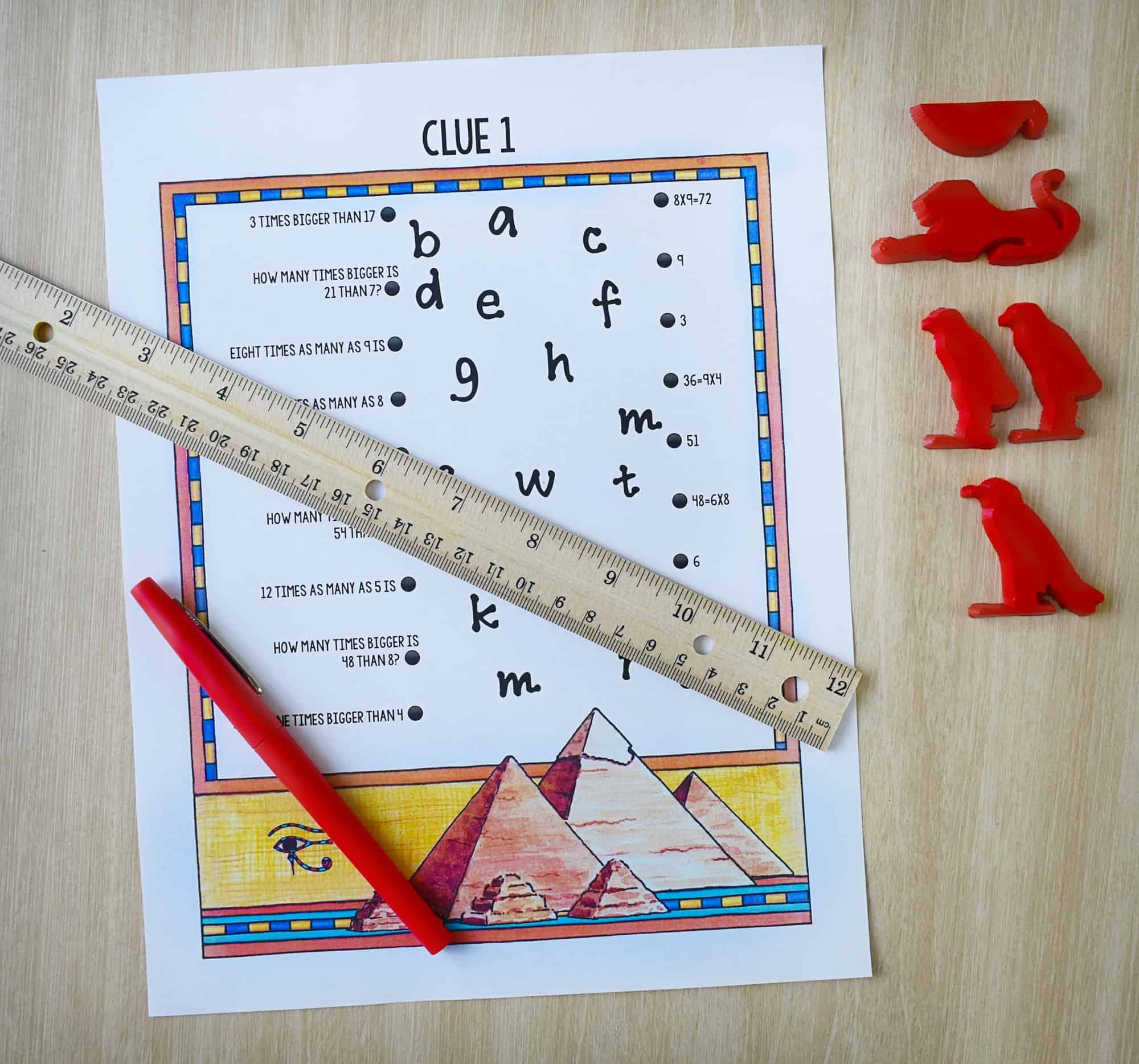 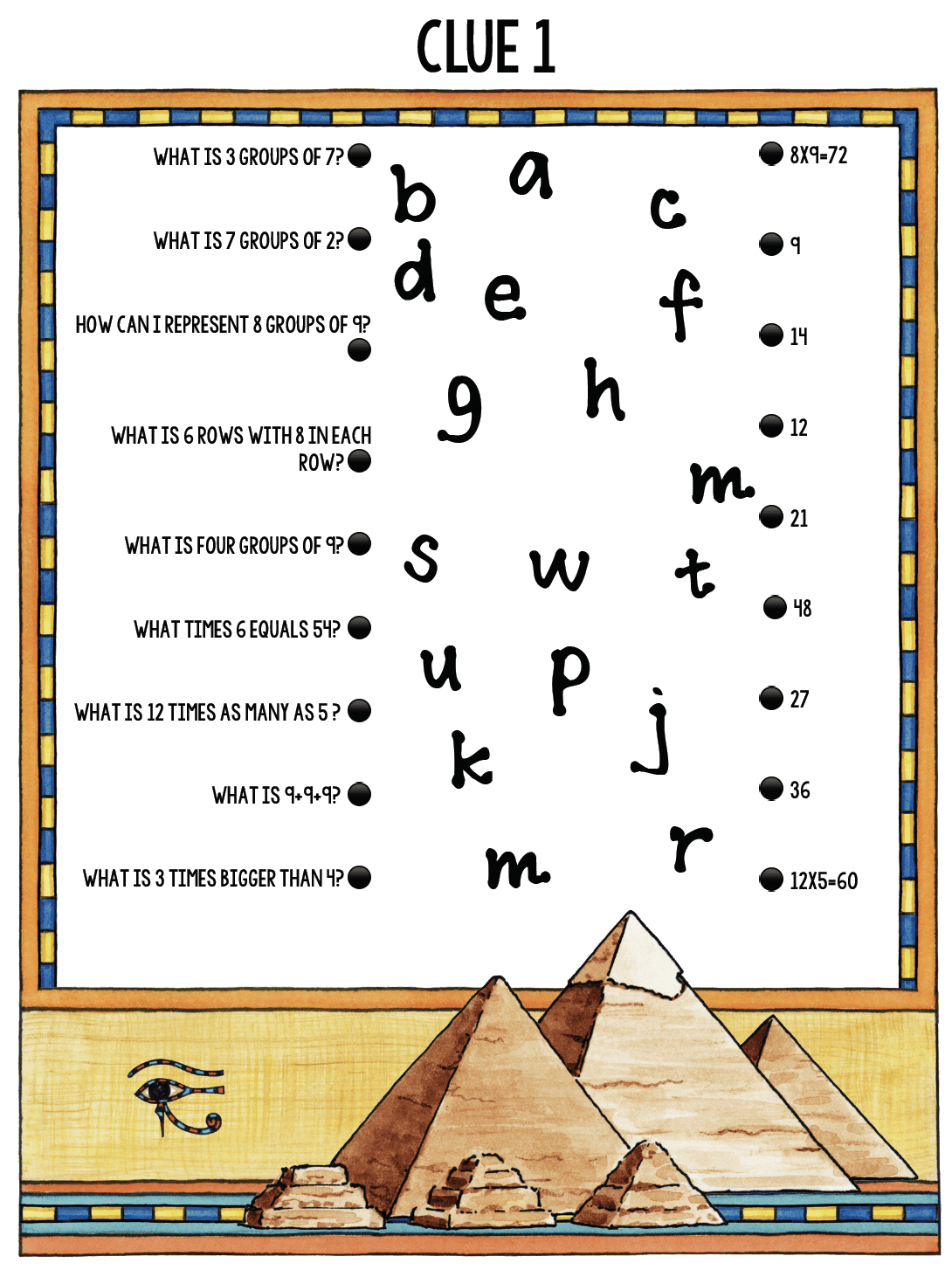 In clue two, students find the factors of 42, 54, 72, and 84. There are four factors that each of these numbers have in common, and those factors are the code of the 4-digit lock. 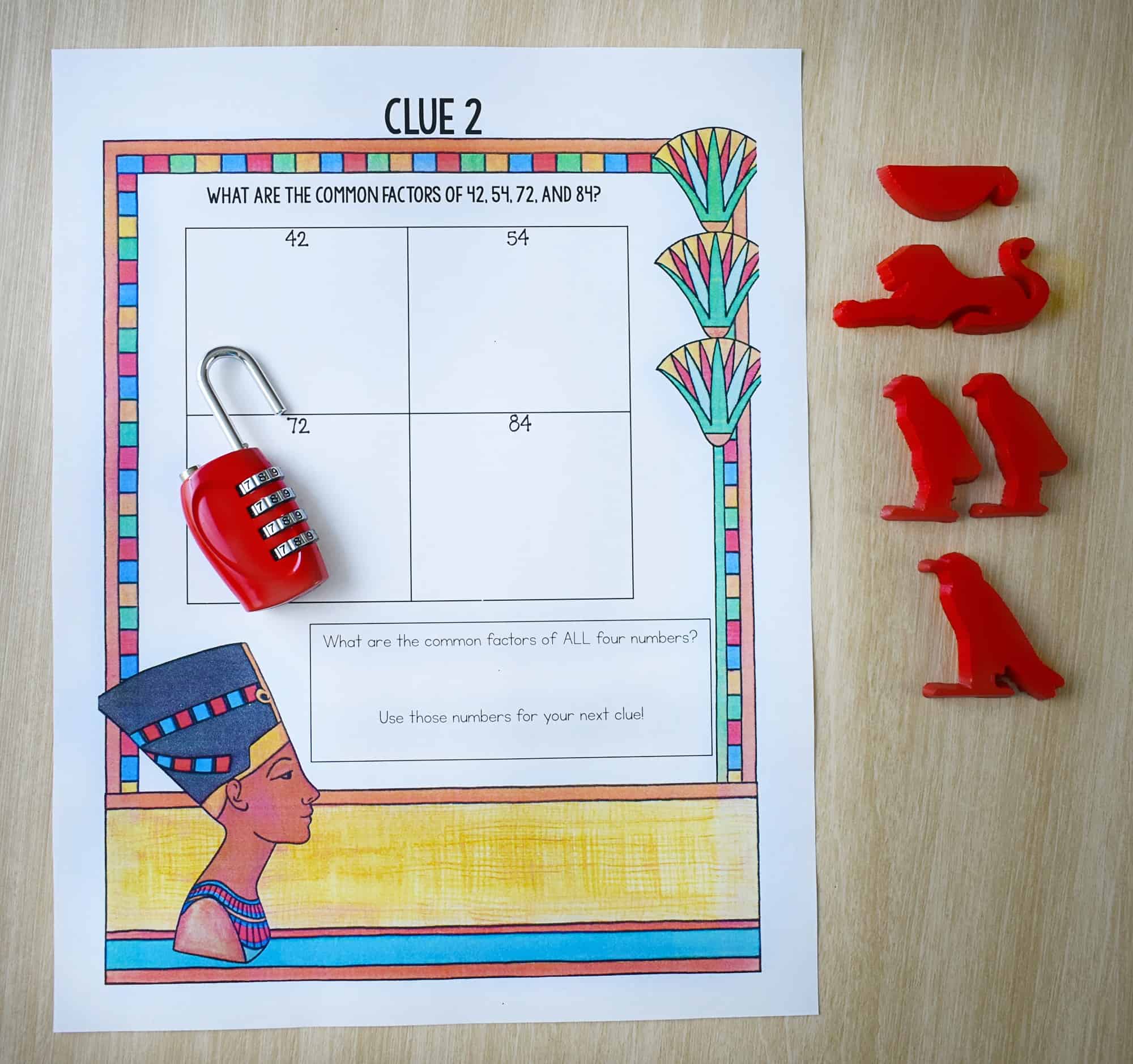 These numbers would be a bit large for third grade students, so I included smaller numbers in the third grade version. However, the concept of the activity is still the same. 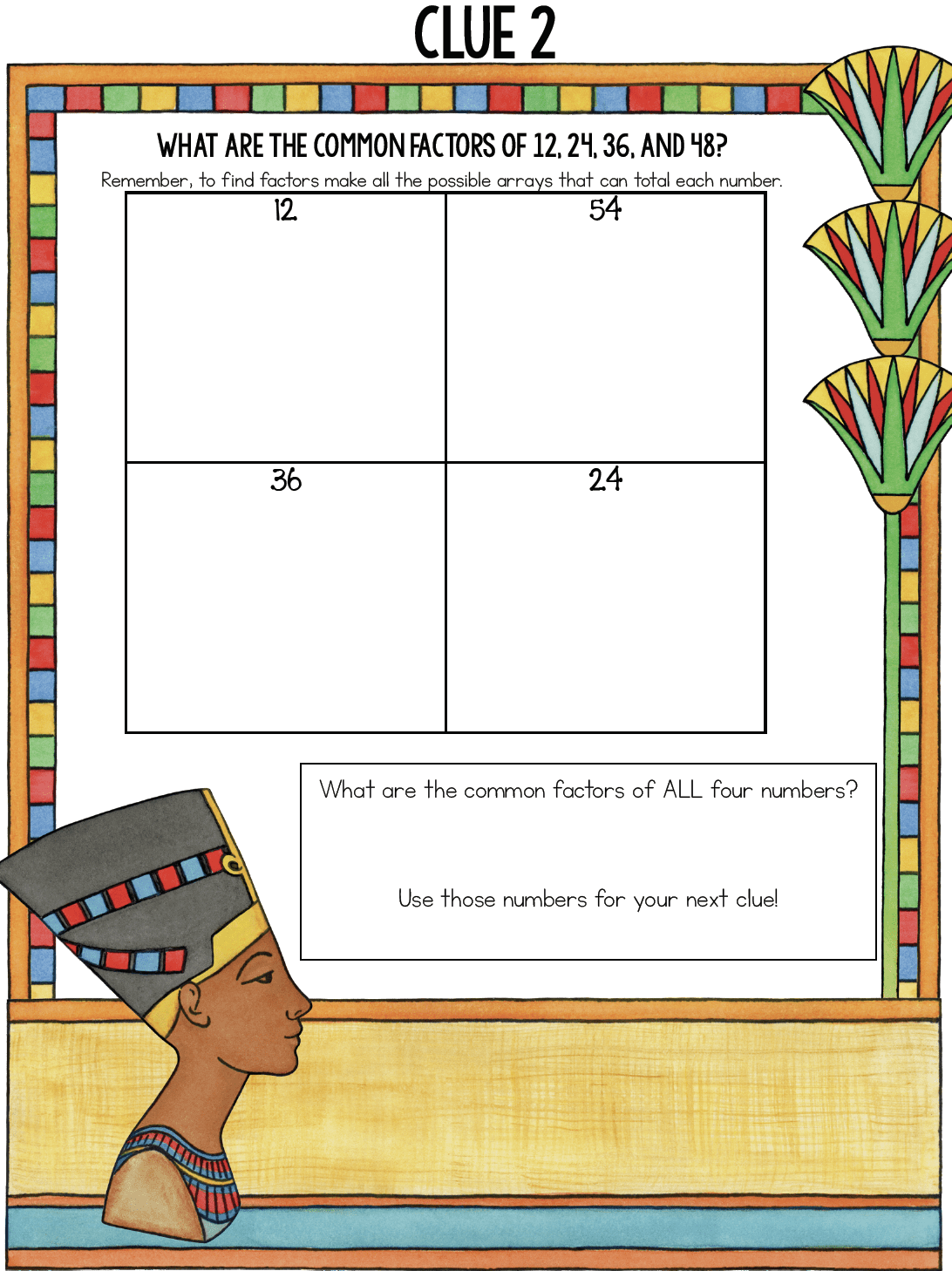 In clue 3, students solve a variety of multiplication problems. There are a few problems where students find the largest and smallest partial product of a multiplication problem. However, the majority of the problems include 2-digit by 2-digit and 4-digit by 1-digit problems. Students use the symbol on each problem and the hieroglyphic decoding wheel to decode the message to open the next lock. 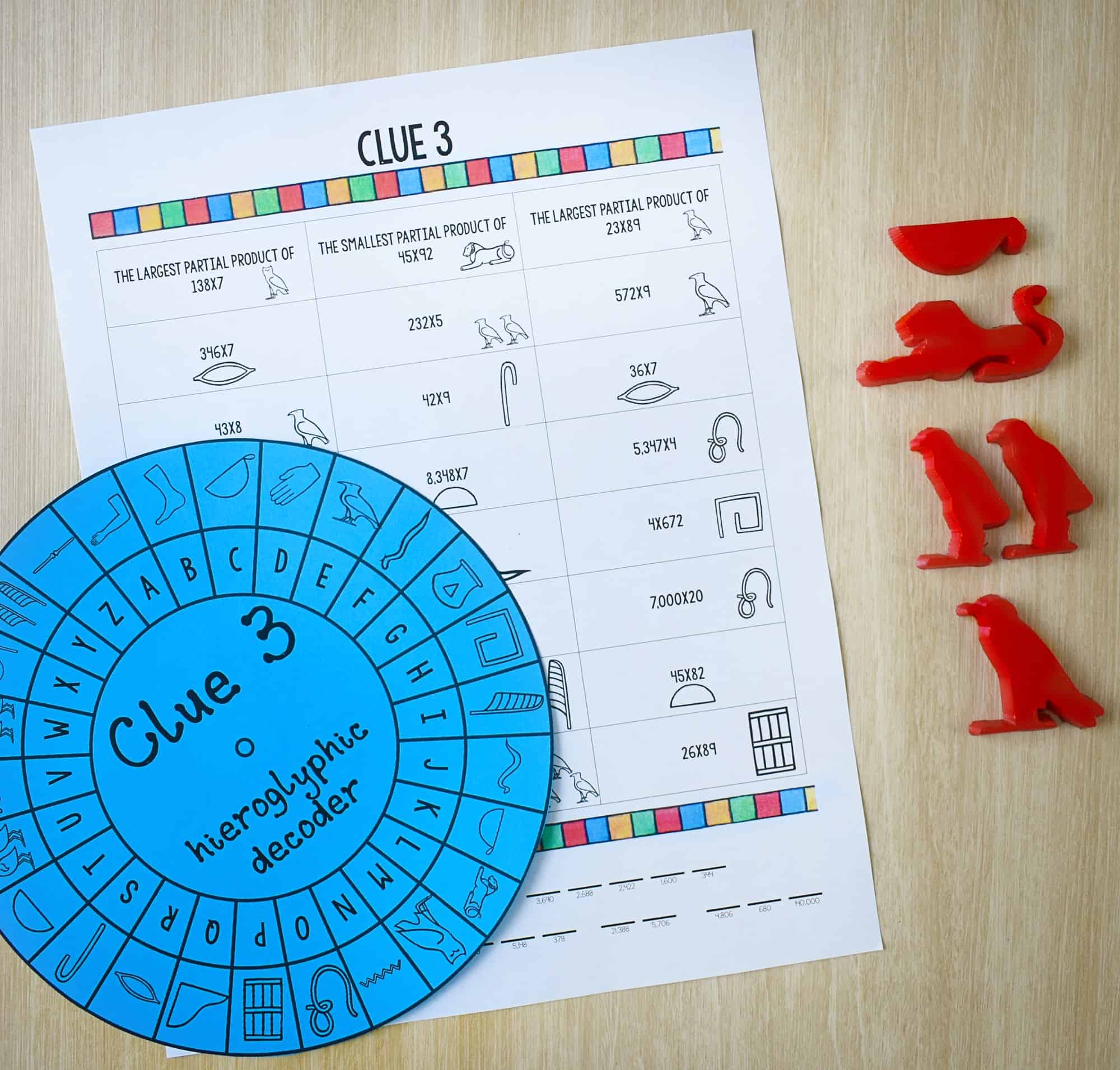 Once again, I needed to make a few changes to the third grade version. This contains 12 word problems, where I threw in a couple addition word problems to prevent students from assuming they should multiply to solve every problem. There are also several multiples of ten problems in this version. 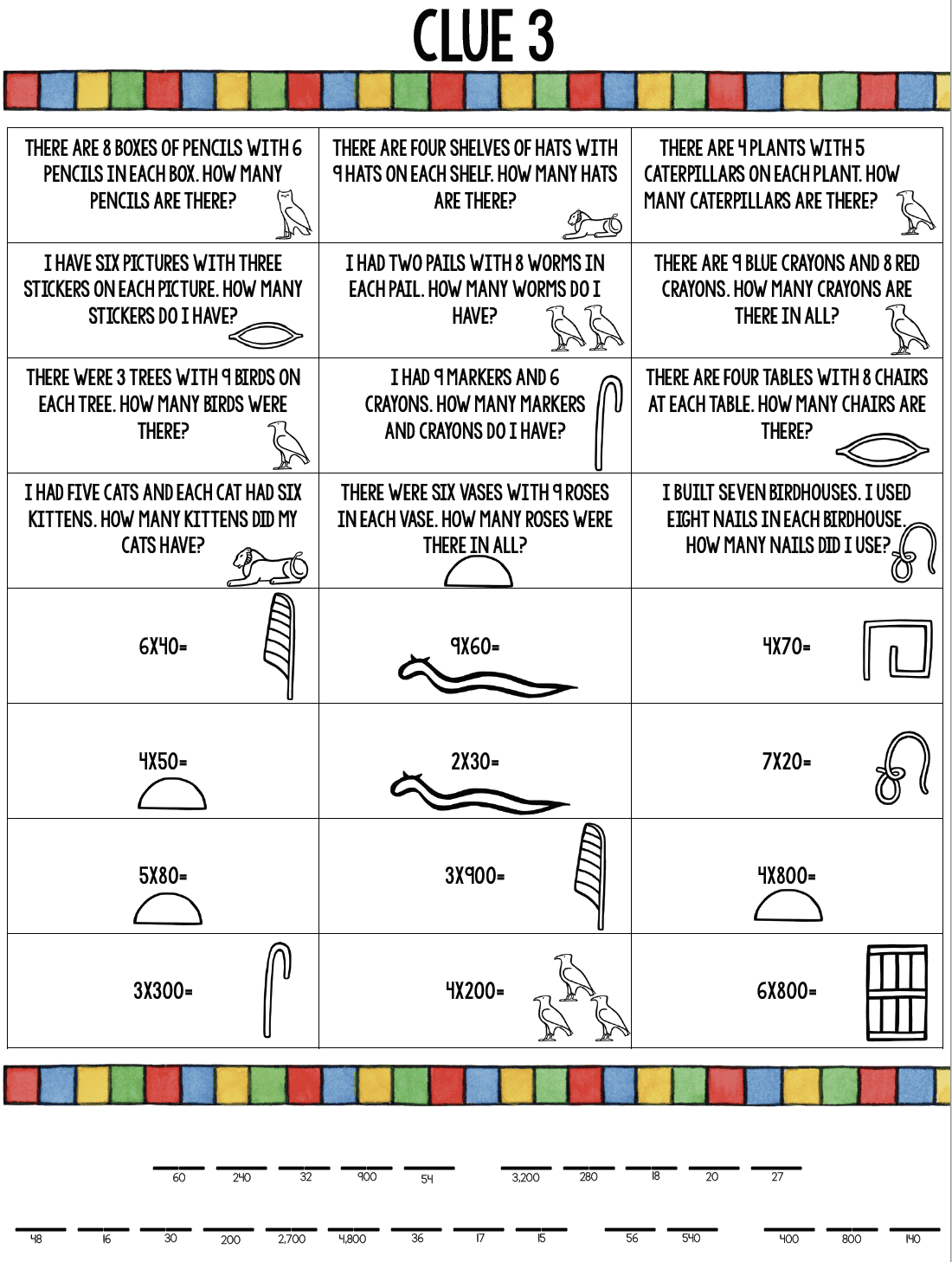 Clue 4 has students complete sieve of Eratosthenes to find all of the prime numbers through 100. This is SUCH a powerful lesson for students. In fact, it’s so important, this will be my students’ second time completing this lesson. Trust me-they still need it! Students will follow a series of step-by-step directions to cross out all of the multiples of 2, 3, 5, and so on until the only numbers remaining on the chart are prime numbers. 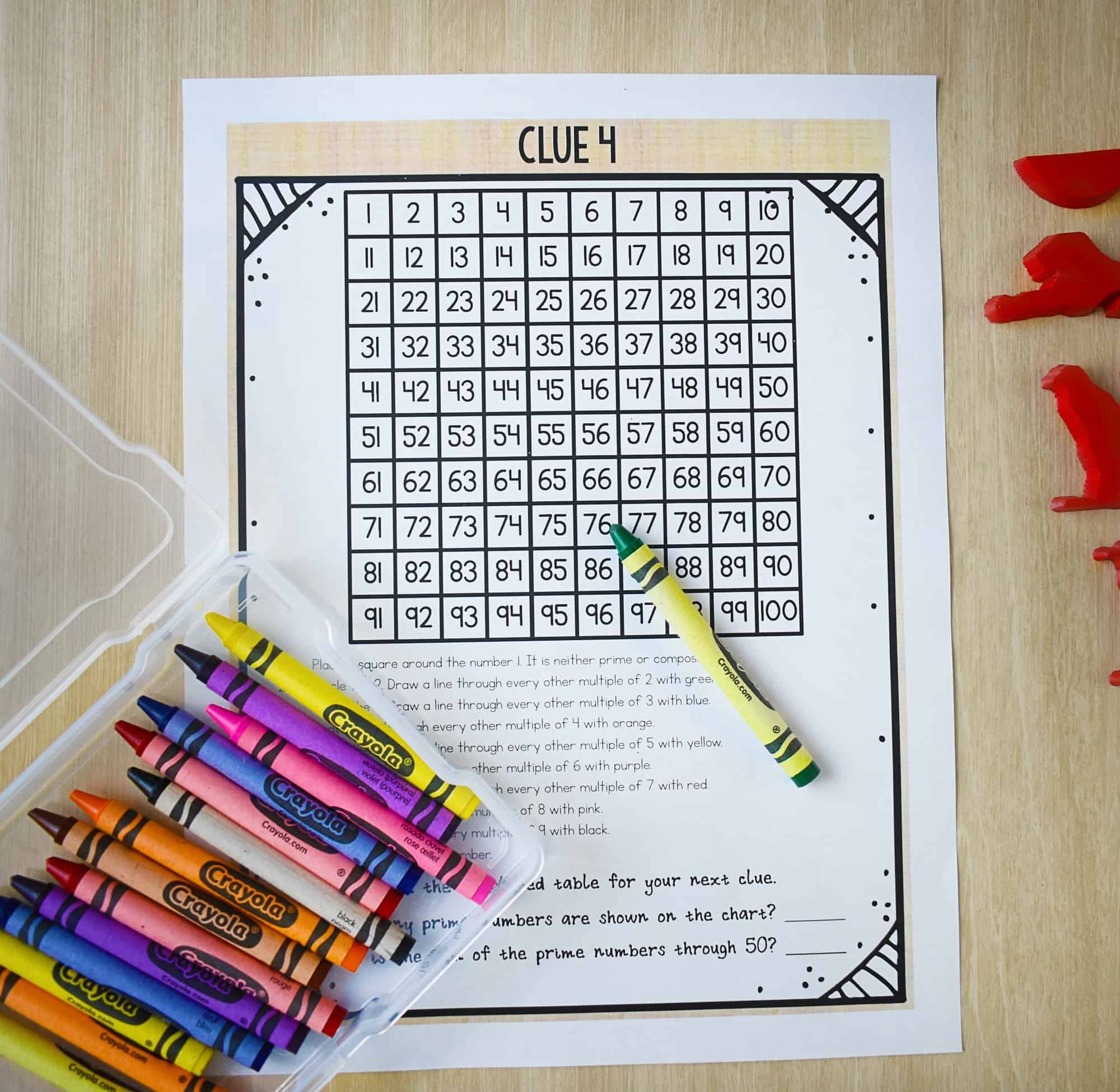 While third graders may be able to complete this activity, I feel like it’s better suited for fourth grade, so I made a different lesson for third grade. This allows students to solve multiplication problems using the properties of multiplication. 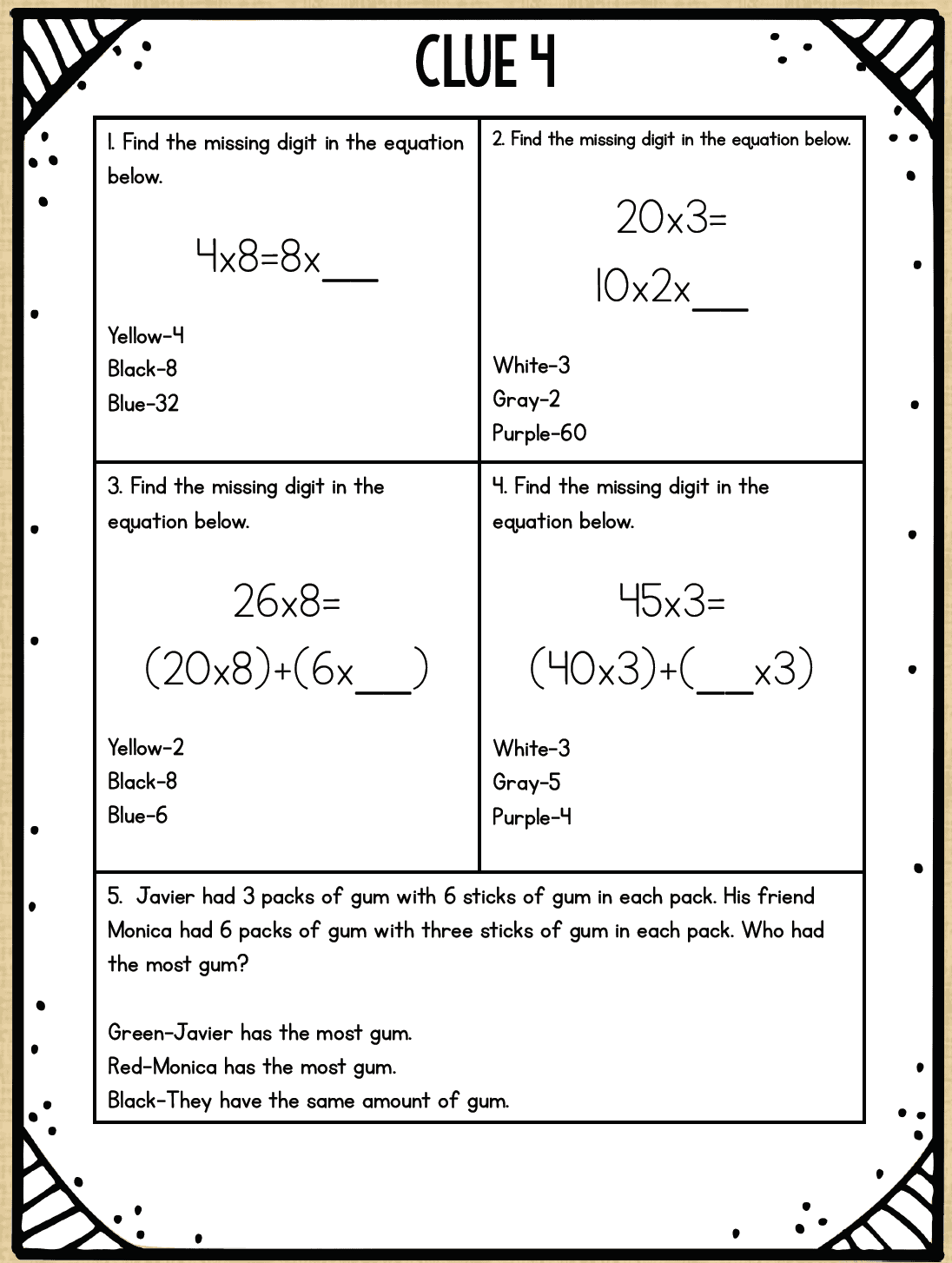 Once students solve this clue, they are able to escape from the curse of the multiplication mummy! Remember, these can be completed with or without the boxes, and it’s not necessary to have any particular type of box or special brand of locks. 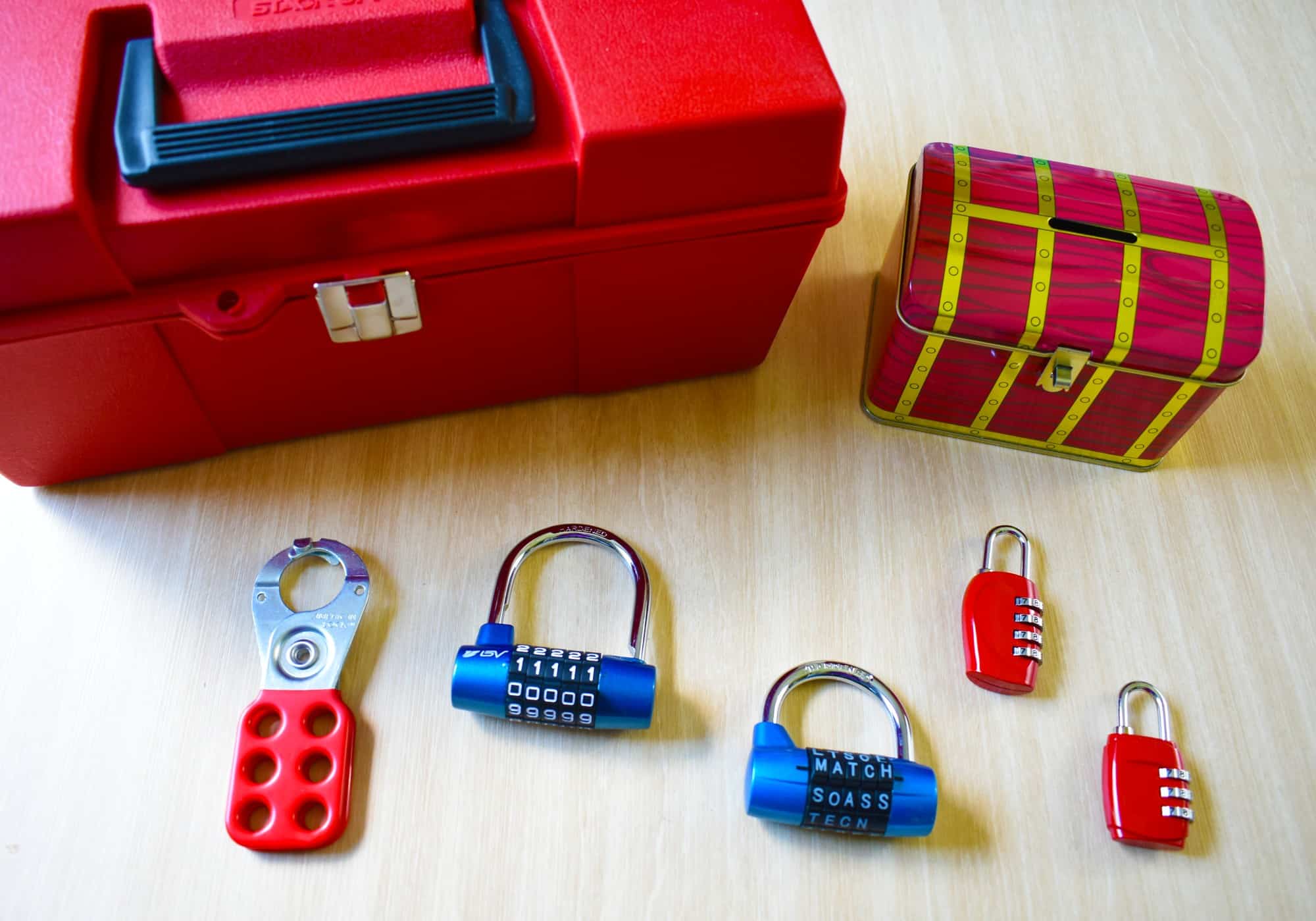 I have a set of activities for each of my 4th grade units. I’ve compiled each of the activities into an Escape Room Bundle. I don’t have the third grade bundle ready, but it will be coming soon! 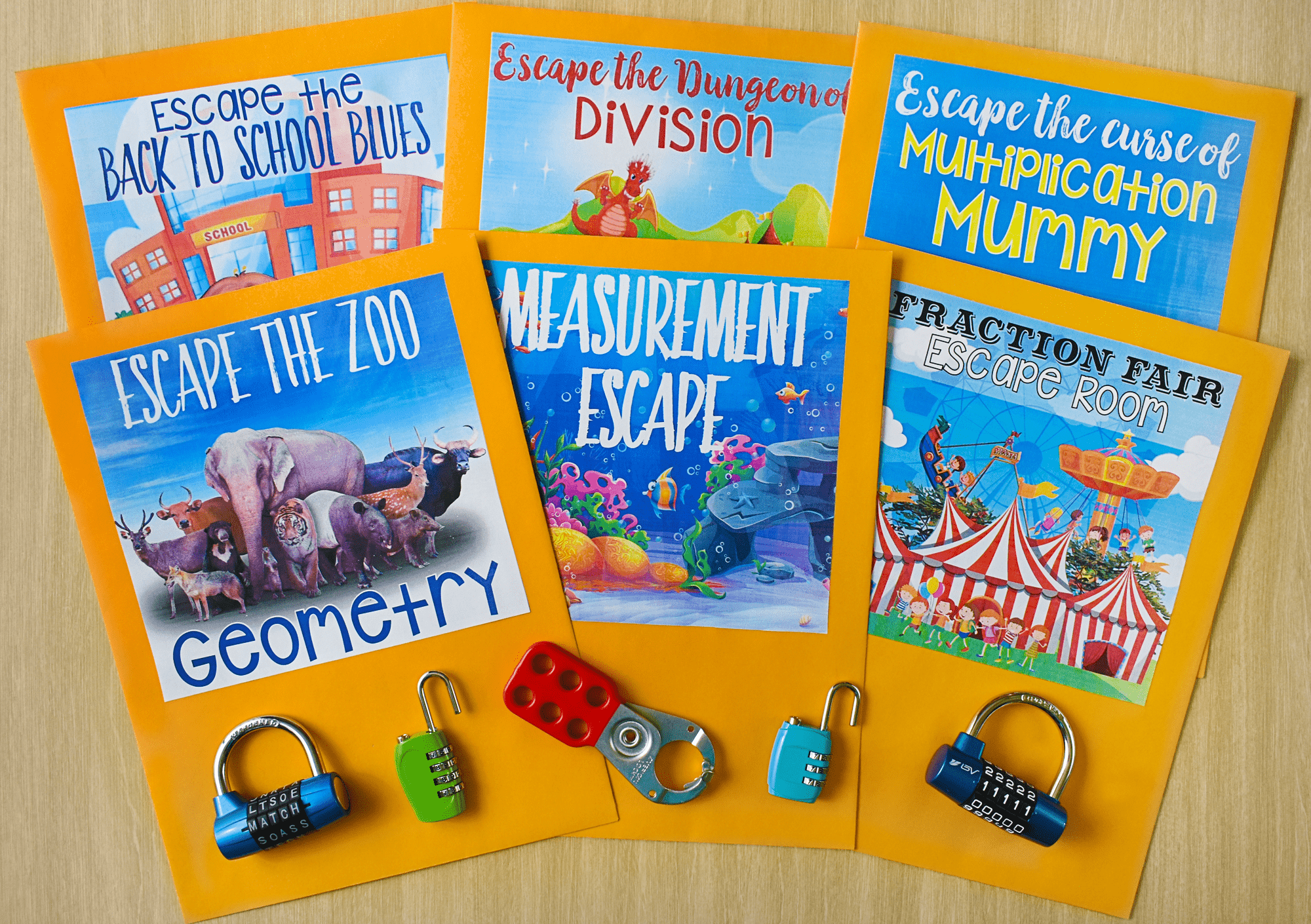