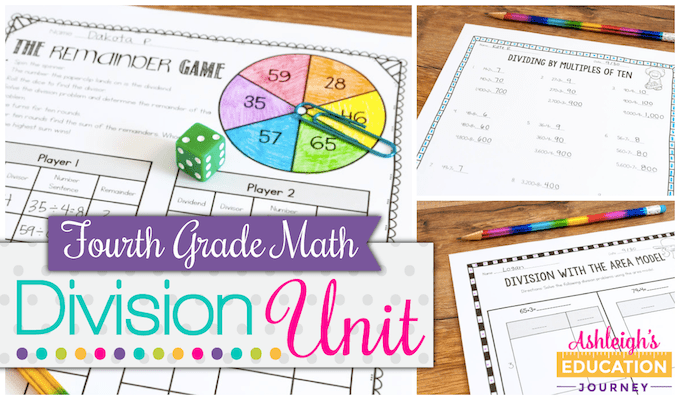 It literally took me months to finish my new Fourth Grade Division Unit. It was the first time in any math product I’ve ever created where I hit a complete wall. I love teaching the concept of division and could think of plenty of lessons to introduce division (or review it from third grade), but teaching long division had me stumped. In the past, whenever I taught long division, I always used the traditional algorithm and that worked fine, but as I dove deep into my standards to determine grade level expectations for long division, I realized that I needed to go much further conceptually than the algorithm. I had to watch more than one tutorial on dividing for partial quotient and division with the area model, because those methods of division are completely different from the way I learned to divide as a student. I feel like I had to retrain my brain to think about division differently, and it wasn’t a quick and easy process. Once everything finally clicked, I couldn’t understand why I had never learned these strategies before…for the first time, everything made sense, and I’m excited to use these strategies in my classroom this year.

I knew that before introducing long division, I needed to backtrack a bit and spend a little time on the concept of division. I wrote a few lessons that incorporate movement and manipulatives, as well as introduce the concept of a remainder and how to interpret the remainder. I also added a couple games that I could use with my whole group or as a math work station activity. 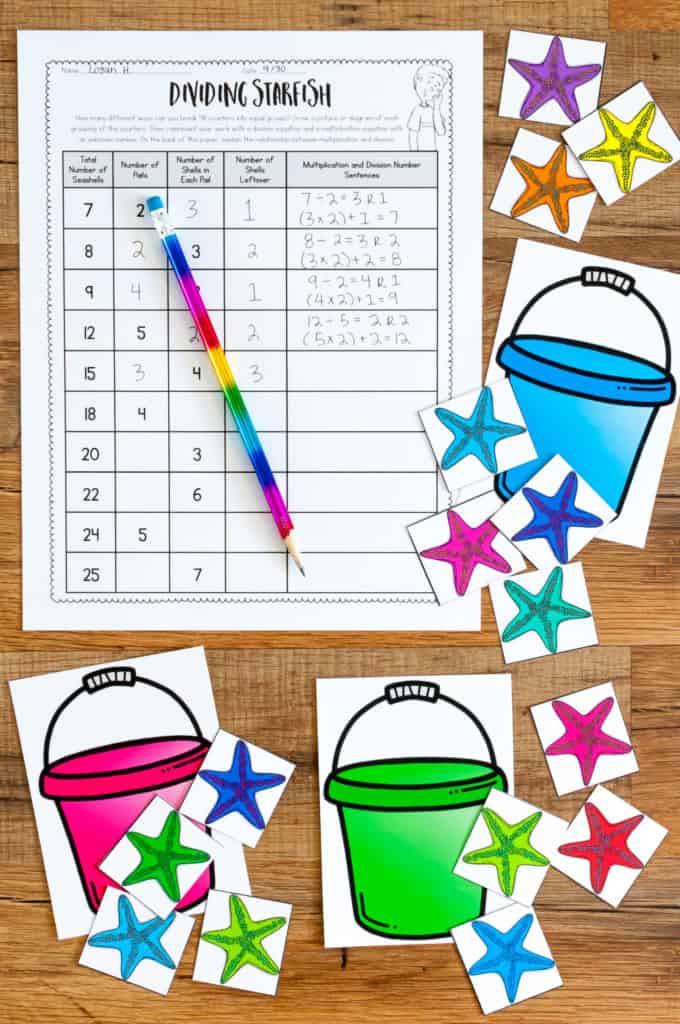 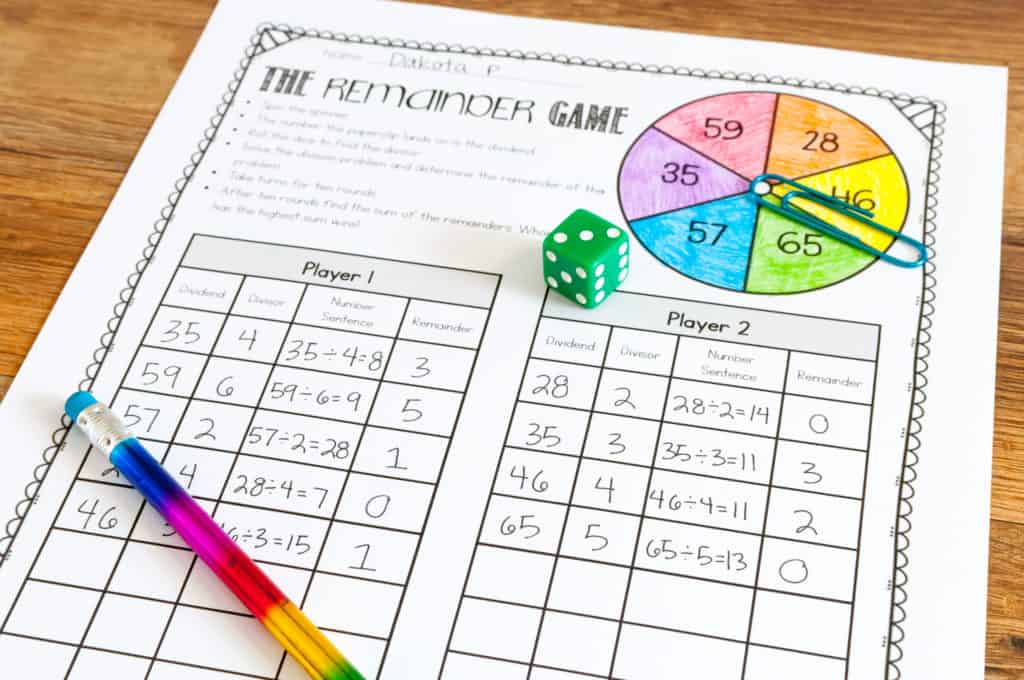 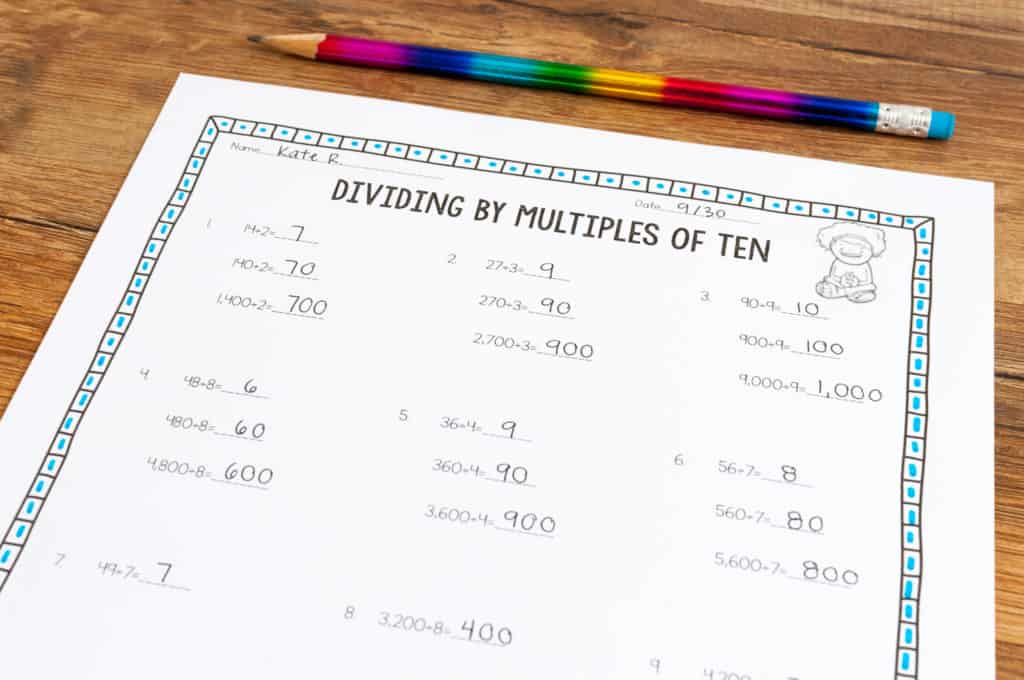 Almost every tutorial I found had students beginning long division with 3-digit numbers, but I am all about baby steps, so I started with 2-digit numbers. I realize that students will eventually need to draw their own boxes, but I like to provide substantial scaffolding at the beginning of the unit. 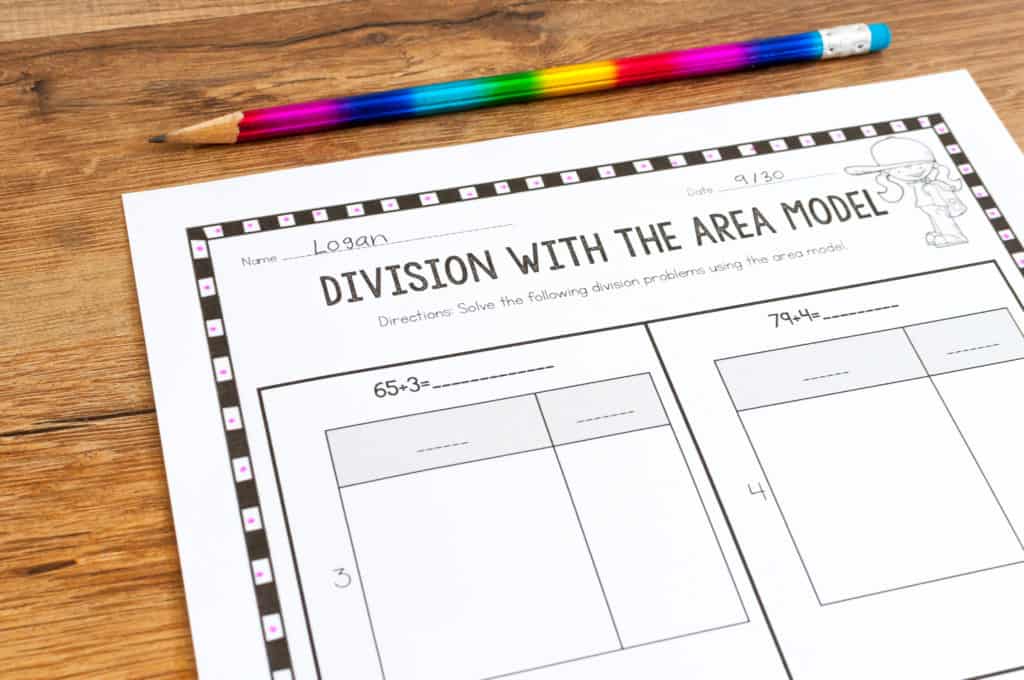 I always like to teach skills in context, so I really liked this sort where students have to solve division word problems and sort them into the correct category: number of groups missing or number in each group missing. 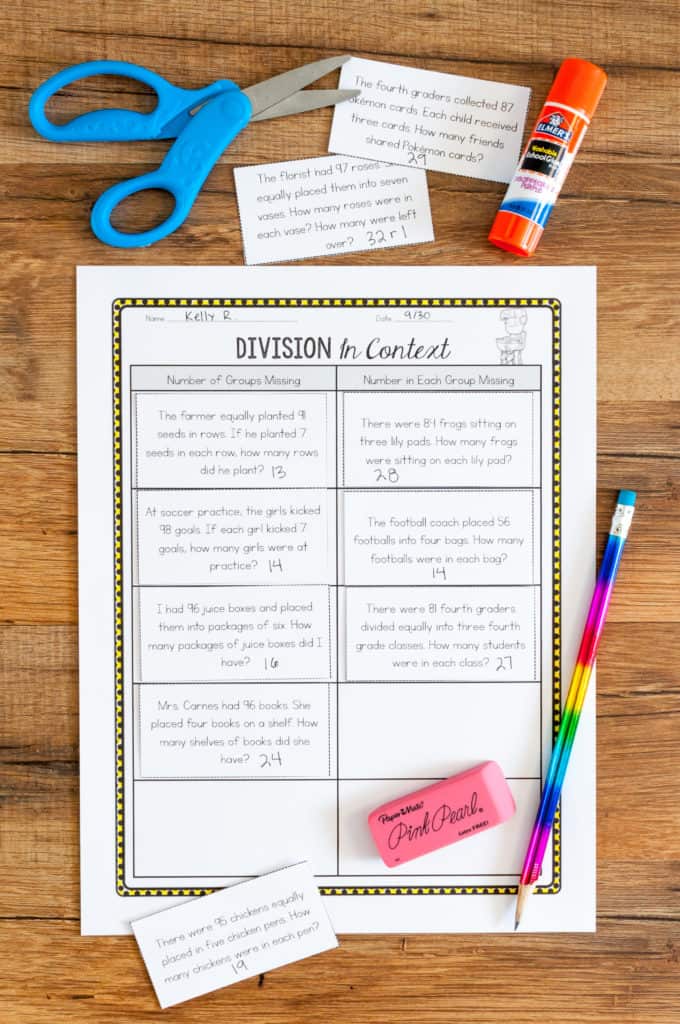 I’ve included 25 lessons (4 weeks) and for each lesson, I included a skills practice page to use as needed. I definitely don’t try to use every one of these. I just pick and choose the ones that I think will benefit my students. I tried to keep this fun and have included several division games that can be used as practice. 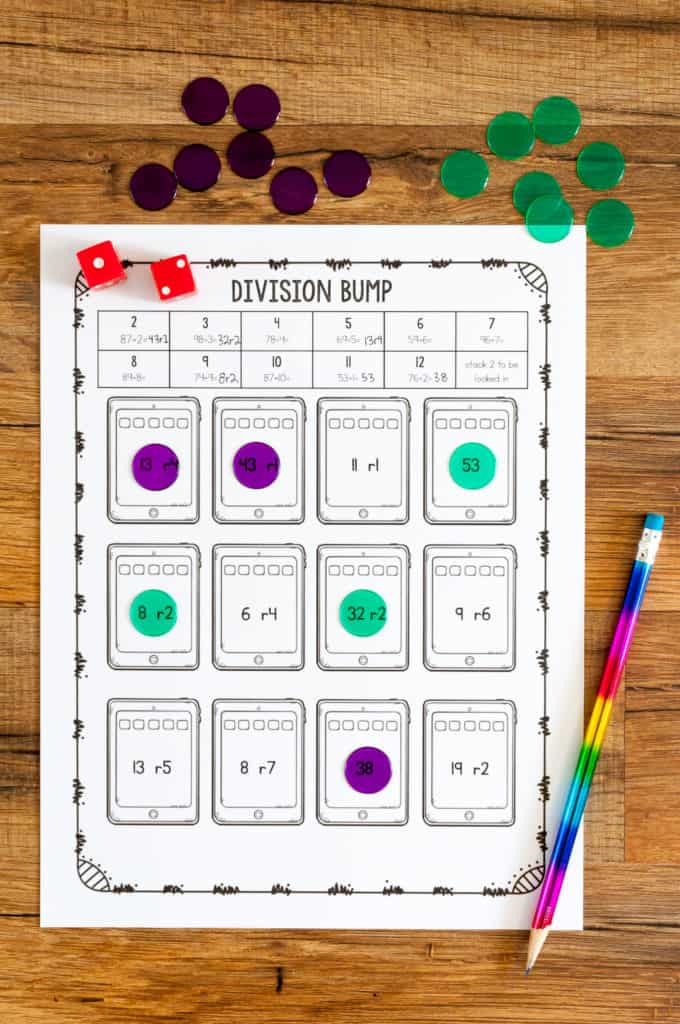 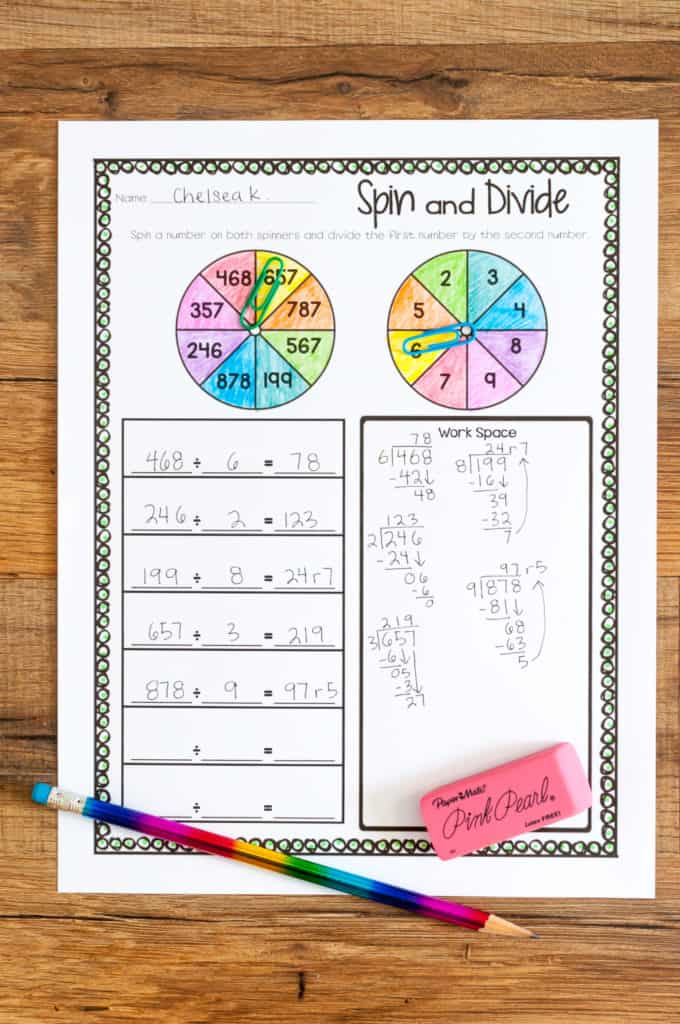 I think my favorite lesson in this unit is the Division Garden. In this activity, students solve word problems to design a division garden. Students use grid paper and an included checklist to draw arrays to represent the garden. 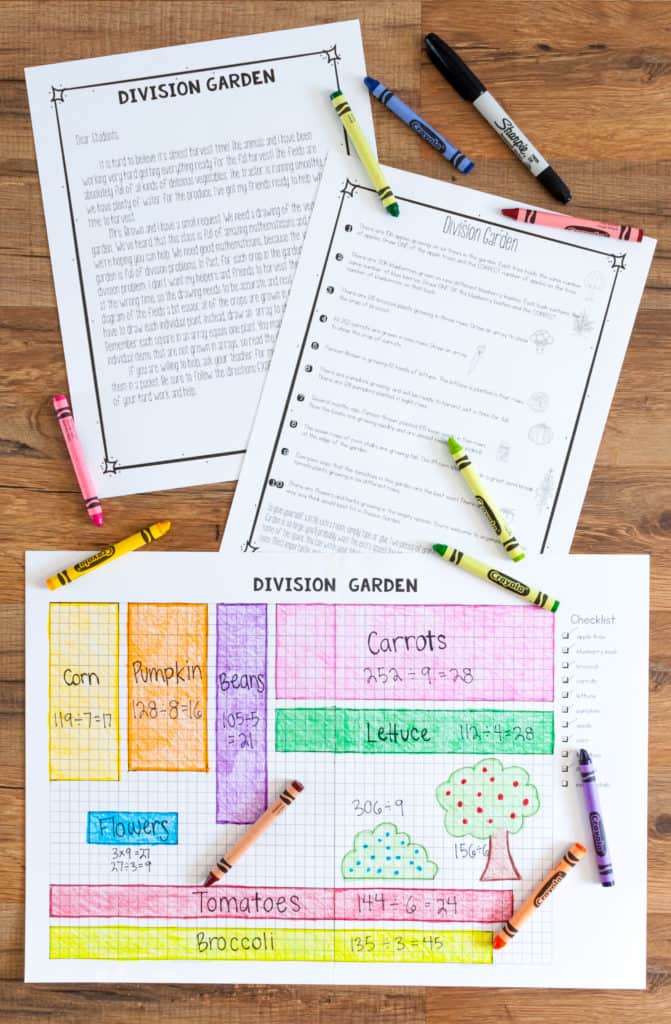 Even though I included lessons on remainders in my introducing division lessons, I resist that concept later in the unit, so students can apply the strategies with large numbers. 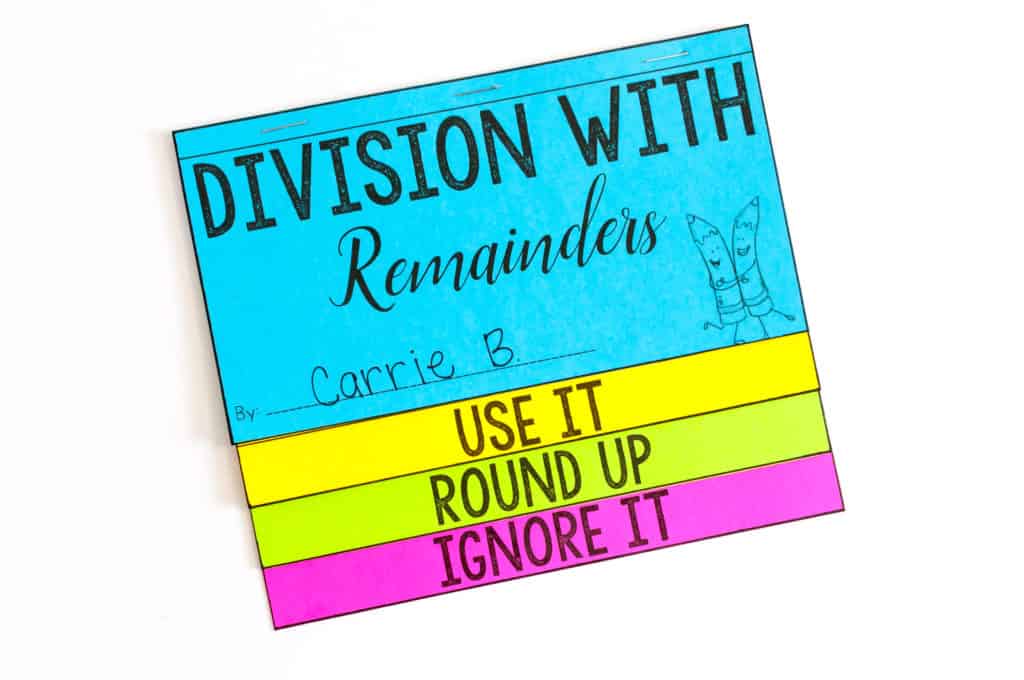 Hopefully my next few units won’t take quite as long to complete! You can check the Division Unit out on TpT.