I love teaching perimeter! It is one of my tip, top favorite things to teach because the possibilities are endless, and it’s so easy to make hands-on and engaging for students. It’s one of those concepts that I have to force myself to limit the amount of time I spend teaching, because I could drag out that unit waaaay too long!

In our first station activity, students had to use exactly eight color tiles to find how many shapes they could make with different perimeters.  I loved watching them creating their figures and seeing them observe how the configuration of the figure effected the perimeter. We also discussed area in this activity, because all of the figures had the same area but different perimeters. 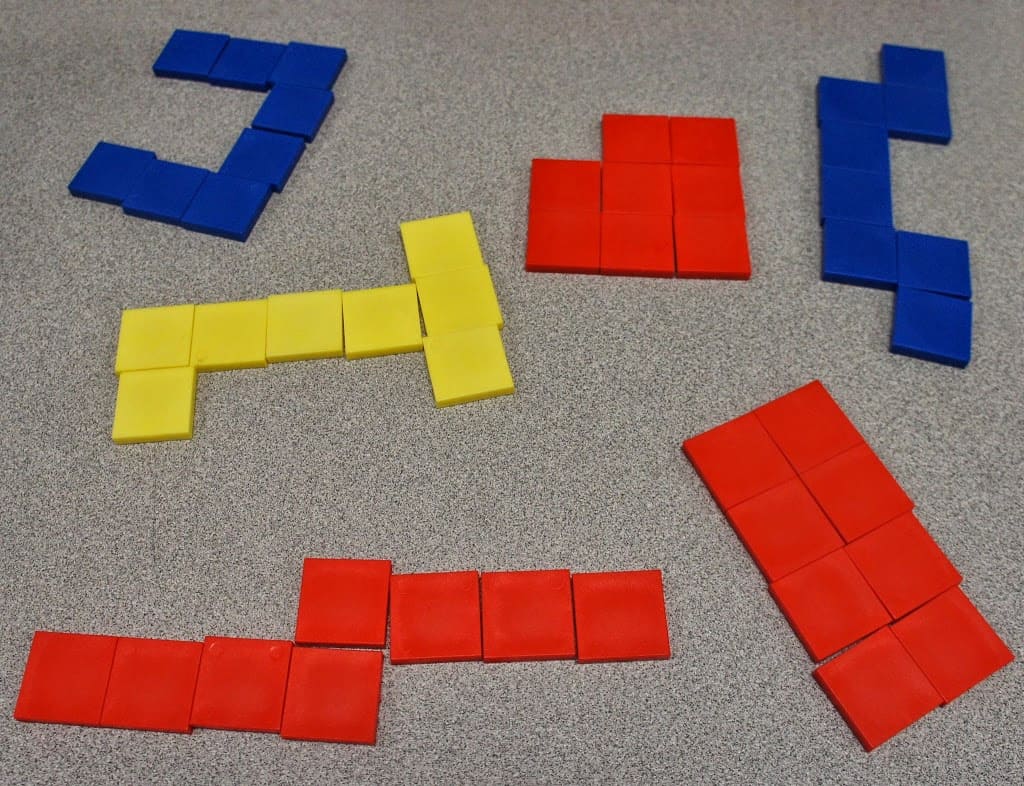 In a different perimeter activity, students created a design of their choice using pattern blocks. Using a green triangle as one unit, students had to find the total perimeter of the figure they created.  I had students draw a pictures of the design in their booklets and show how they found it. Seriously, it was so much fun! 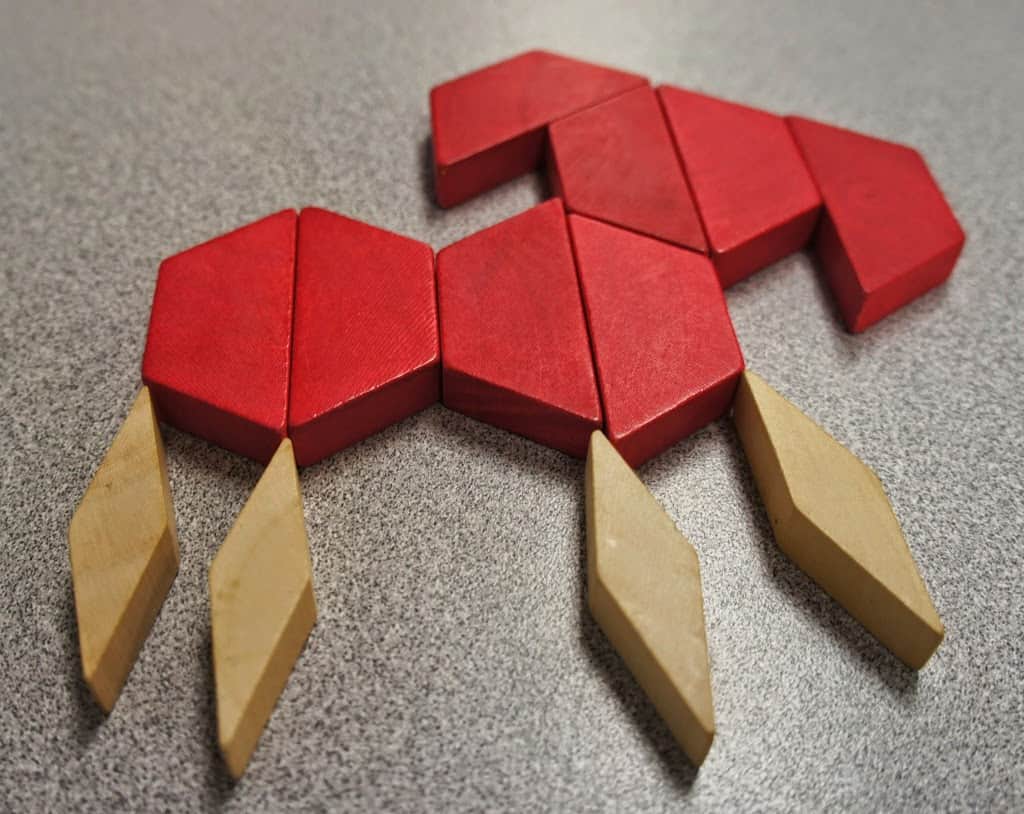 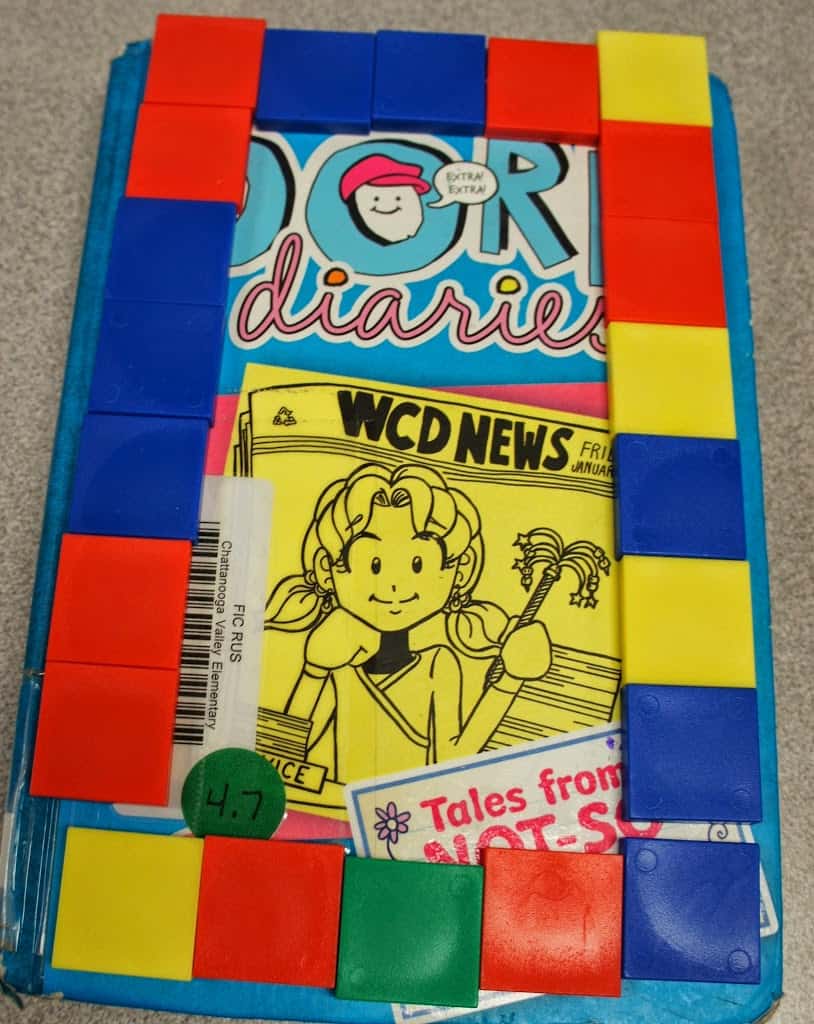 One of my favorite activities required students to use pentominoes, which are awesome math manipulatives! First, they had to find the perimeter for each pentomino. Then, they had to arrange two pentominoes together to create a shape with the smallest perimeter possible. They drew a picture of that shape and recorded the perimeter. The last part of this activity had students use two pentominoes to create a shape with the largest perimeter possible. My students loved this activity, and I felt like it really impacted their conceptual understanding.

I try to incorporate perimeter as much as possible to allow my students to make natural connections with the concepts and to prevent confusion between the two topics. All of these activities as well as a few practice pages are included in my Hands-On Math Booklets! 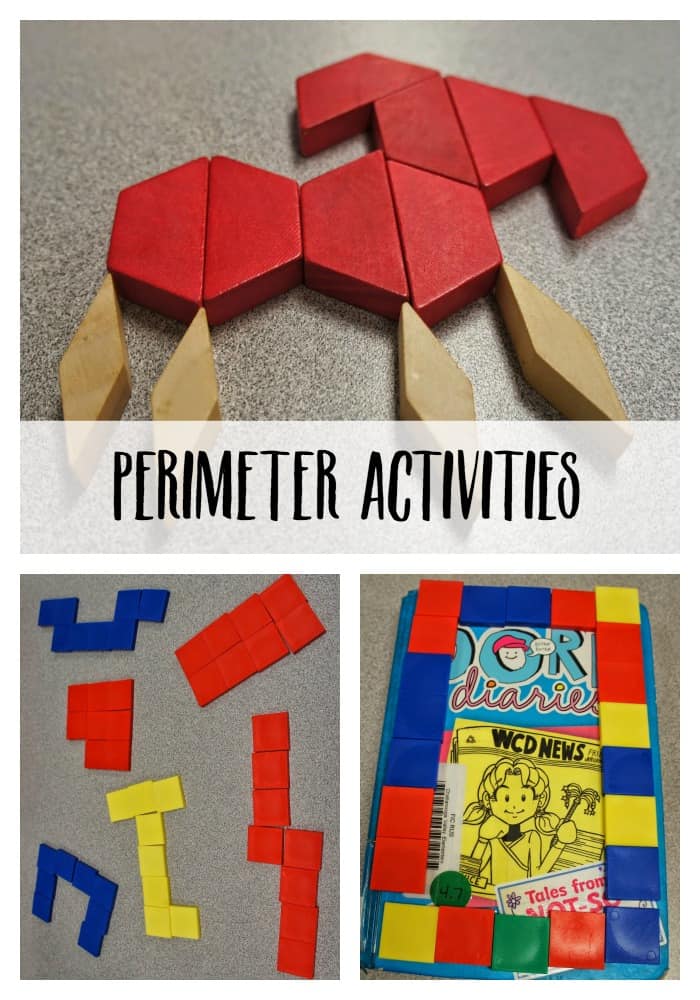